This is Zoe Dune broadcasting from the city of hate, bringing you the greatest sounds from the indie ground, the independent music series for Zoe Dune Radio dot com.

And now, let's get some music in you, here on incendiary American.

We started this episode with "Anaira" by of1000faces, from his second full-length release, 'The Infinity Line'

of1000faces is Matt Walker, a Chicago guy who drummed his way to play to success with the band Filter during their debut album Shortbus. Since then he's played drums with The Smashing Pumpkins for their Infinite Sadness and Adore releases, James Iha's solo album, on Garbage's (Bleed Like Me album), and Morrissey, which is a damn good run to start! Now, Matt's focus is on of1000faces, with two absolutely fantastic albums that you have to get. So, get on that!

After that, we heard the latest single by Julian Daniel, "Anxiety".

Julian says of his latest track: "This is the most special song I’ve ever released. Writing for me is a place where I can talk about my mental health, and share my experiences. With that I wanted to say that it’s okay not to be okay, and it’s okay to ask for help when you need it. There will always be someone there for you, and I promise you over time things will get better.

I wrote this song with a good friend of mine, Maddy. I expressed to her how I was struggling with feelings of anxiety. Which progressed over a quarantine. I wanted to write something about what it was like to live a day in my shoes. I told her the stories of the anxiety attacks that I was having, and the fear of people judging and assuming things about me. Maddy listened to every word I said and she assured me that my fears were exactly that, just fears. We got to writing and created a masterpiece."

Julian, if you're listening, I wonder if you and/or Maddy had been listening to Porches by any chance? I get a that Pool album vibe at the beginning of the song and with the music video to match and I love it!

After that we heard a new track by Straight White Teeth called "Flowering" off of Patrick McGuire's new ablum 'Costilla'.

Following that, we heard "Holding Breath" by Merpire, the first single off of her 2018 release, Endless Chatter.

Going back to Episode 30 of our series, we featured her second single from that album back then, which appropriately is a haunting track and one that is currently in rotation on our 24-hour internet radio station, zoeduneradio.com

After that we heard 'Interwoven" by Mark Vickness, who we've featured in a recent episode of our podcast series, specifically episode 47.

What a beautiful track which works great when you go out for pleasant walks or as a soundtrack for life in general.

"Interwoven" is off of his Interconnected album which is available everywhere you get your music.

Be sure to go to zoedune.com/incendiaryAMCN/ and look for Episode 49 where you'll find music videos, more details and Amazon links for these artists. You can support both the artists featured in this series and our independent music service through Amazon purchases. As Amazon Associates, we earn from qualified purchases.

If you would also like to advertise on our various platform(s), email me at zoedunecorp@outlook.com with "plug me in" on the subject line and links and/or details of what you want to promote! We can do it at hipster prices.

Click the image below to check out our music video playlist! As of this writing, we've accumilated over 4,100 videos, including those featured here! 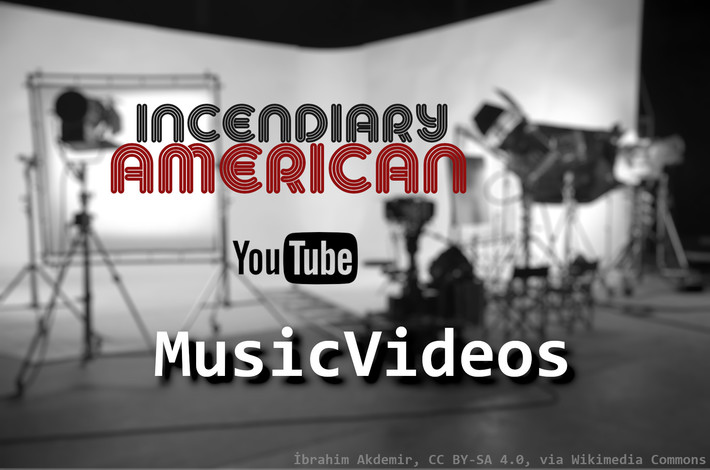 Be sure to set to shuffle for a better viewing experience!

"What You're Doing To Me" - Trevor Something

That was "What You're Doing To Me" by the great Trevor Something, his first single off of his Love Me and Leave Me album.

Before that we heard "Monolith" by Mandrake Handshake off of their Shake The Hand That Feeds You EP.

Before that, we heard "Break You In" by Savvie of of her Night Eyes album.

"Commemorate" - Witch of the Vale

We've featured BVSMV in our series before. Be sure to check out zoedunradio.com where you can hear many of the tracks featured in our series. Despite the branding, BVSMV is really Milwaukee's Best.

But right before that, we're going to hear the first single off of Brassbox lead vocalist AMMO's upcoming debut album, "Rose + Crown".

Be sure to check out our review of that release here: "AMMO 'ROSE + CROWN' SINGLE (REVIEW)"

Coming up we've got a track from one of my favorite nostalgic artists, before that however, we're going to hear another artists we've featured before, the great Silverhawk with the track '80s legend!

We've featured Silverhawk in our series a few times before because he's among the best of the best in the synthwave music scene. It only seemed appropriate to pair him back to back with another French artist or artists.

Okay, time for a little story before we get into this next block.

Back when CD World was still in business, I was filling in the gaps in my Lycia music collection with the only copy of Ionia that they had. Unfortunately, this really hot girl wanted it and she broke me down with the promise that she would give me her math. Well, of course, the number was fake and she was one Lycia album ahead of me or so I assumed.

Decades later, March 5, 2021, Projekt Records puts out an e-mail announcing that the 1991 masterpiece that is Ionia is being re-released in limited edition vinyl! Triggering my PTSD and not to be outdone, I put my order in for one of EACH of the two limited pressings, one in (red, black & white) and the other in red & black! 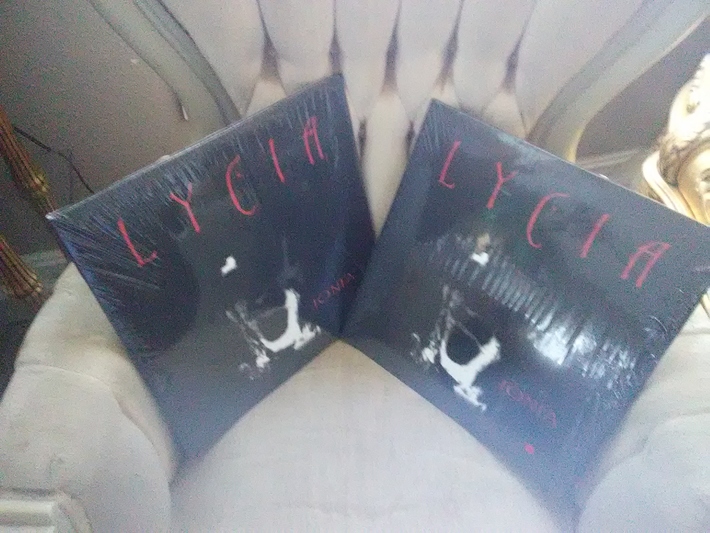 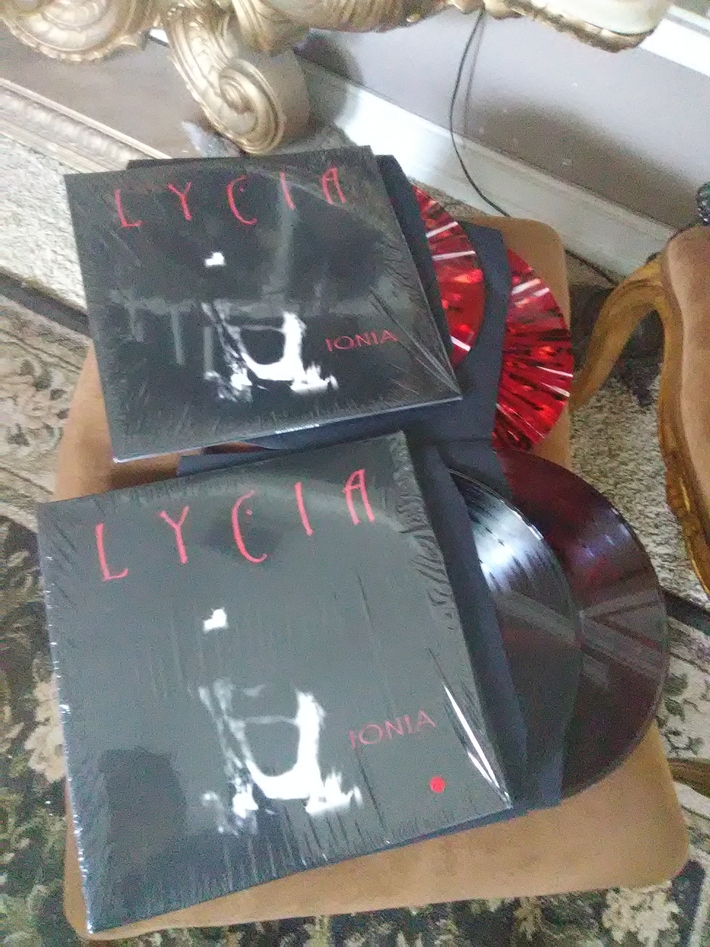 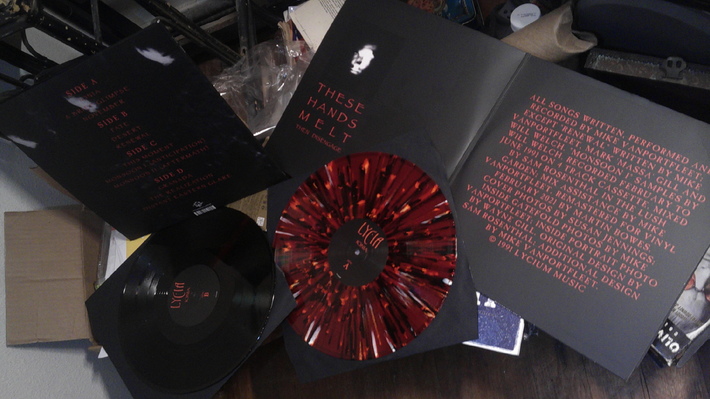 Manyy thanks to Avantgardge music for the love you guys put into those pressings, lots of love left to go around to Sam at Projeckt and of course, Mike and Tara of Lycia this is the title track Ionia by Lycia... and for the record, to that girl so many decades ago... FUCK YOU GIRL!

GET THE VINYL HERE

In 2008, The Teenagers released the Starlett Johansson single that blew up everywhere. Of course, that led to me getting their Reality Check album which is perfect synthy dream pop from beginning to end. Almost effortless, it seems. Naturally, we all anticipated a follow up that never came, until late last year when they put out a statement revealing what I at least had guessed was the case after so many years of no activity.

Guys,
As you can imagine, we actually stopped the band a long time ago already but never had the guts to tell you. After we toured so much during a few years, we started recording a new album but we never completely finished it because things were just getting complicated. It was also hard to find that innocence again...So we kind of stopped The Teenagers and now we are trying to live an adult life for real, it's a challenge, but we're all in it together right?

We met as real teens at school in the Paris suburbs and then we had the best times in this band ! We posted a song on Myspace in 2007 and ended up playing huge festivals (Reading, Glastonbury, Coachella, Summersonic) and having fun with you all around the world ! Thanks to all of you, you made our craziest dream possible !

We also wanted to thank all the people that believed in us from the start, especially Milo Cordell at Merok Records, XL Recordings, Sarah for singing with her american accent on Homecoming, Matt Bates at Primary, Lexxx, our band : Victor (both of them), Rebecca, William, Mae, Clara, Antonia, Jules.
We are The Teenagers, and we will miss you a lot ! LOVE
Bisous and don’t forget : BEING A TEENAGER IS NOT A CRIME
Quentin, Michael & Dorian

Bonus : Light up a candle, stream/download “Do you remember” and think about all the stupid things you did back in 2008.

You guys left us hanging but all if forgiven with this release, the last release by The Teenagers with "Do You Remember?" which has everything you've ever loved about The Teenagers, here on incendiary American.

That was "Neon" by Bilbosa from Italy with Lori Sky Irish-born, Scotland-based on vocals.

Before that, we heard Brant with "Fire in my Eyes" from 2015, which is his first single and overall, release before putting out All In Your Head the following year. We've featured his Tunnel Vision track off of that album years ago in Episode 31 which has always been one of my favorite songs. So, be sure to check that one out as well!

Before that' we heard another and more current Merpire single "Lately" from her Simulation Ride album.

It's been a while since we featured anything new by Merpire and since we did, she's been releasing newer tracks, "Lately" being the first single off of her latest release. As we progress through her catalog, her singles will be put in rotation on our 24-hour internet radio station.

Before that, we heard the single "Can't Wait" by Bunny X and SelloRekt / LA Dreams. A very uplifiting track that also perfectly captures a nostalgia that few can. Will be featuring more from them in the coming weeks, as we have featured both artists in our series.

But we started that block with "Temporal Love" by SRSQ.

Following that, we heard the rocking "On The Run Again" by K Michelle Dubois, the second single off of her 'The Fever Returns' album. We've also featured K Michelle Dubois in our series and she rocks out for real.

After that, we heard the beautiful "Brave Ships" by Ruth Blake which was originally released on her 'More Lie Deep' EP from 2011. This new version has more layers to it and packs an even handed punch. Be sure and get that along with all of the other releases here that are sure to improve your musical taste and your collection, to put others to shame.

And now we've come to the end of another episode of incendiary American.

If you would like to support our efforts to spotlight these artists and the content on our site, consider registering for an account on zoedune.com for $12 a year. You can also purchase the releases in this episode via Amazon. For other options, go to zoedune.com/main and select the Ways To Support Zoe Dune tab.

I've been a big fan of TEEEL for years now and always look forward to his work. Be sure to get his latest single on vinyl while supplies lasts, even his full length album Overtime.

This is TEEEL with Stripped, here on incendiary American.