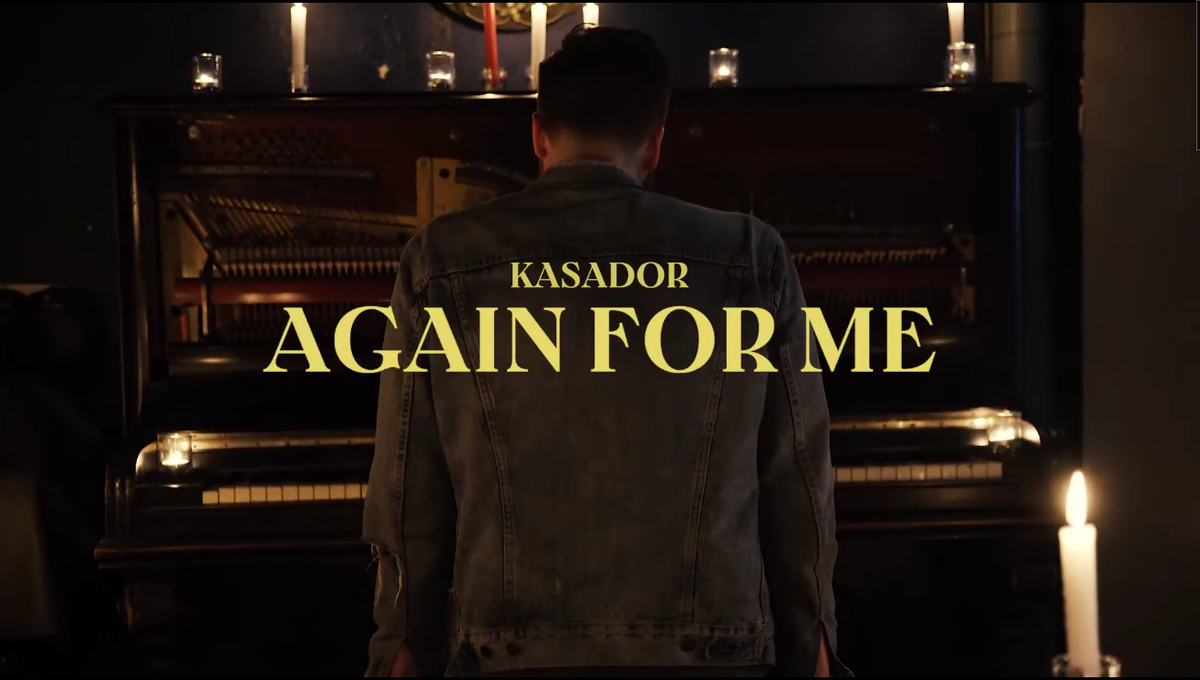 Goddamn if KASADOR hasn't been blowing us away this year with every new single?

That's cause they have!

Put "Again For Me" on top of their growing tower of great tracks as we near the release of their full-length Brood & Bloom album.

When they're not rocking out, they're swooning us with their alternative croon, just as they did with "Skeleton Park".

Now, they do it again with their latest single, which Kasador's Will Hunter says is about his father who passed away just a few years ago.

His dad was a songwriter and during a recent hiatus, he received some notes of his father's unfinished songs, one of which is called "You're Still Your Father's Son".

So, this is clearly generational, passed down from one songwriter to another to a now completed song.

We wanted to get into this a bit more and so we did!

ZOE DUNE: These notes that Will received of his father's unfinished songs... did they have music with them?

We would imagine they would.

If so, did any of the unfinished music end up in the final track?

"My dad never really wrote chords or the music side of things down, he always had a great ear and could pick up most instruments, but always focused on lyrics.

So all I received were some papers with lyrics scribbled out.

"You're Still Your Father’s Son" was a song that he wanted to record with me a few years ago, so he must have had an idea of what it should sound like, but we just never had the opportunity."

ZOE DUNE: We love the dynamics, not only in Kasador's music but in the sentiment behind it.

Writer's block is a real thing but it's only subjective.

Strong subjects such as the one that triggered this track simply can't be ignored and seem to keep you guys moving forward.

"Ya - we actually took some time off in 2018 from touring so we could focus our energy on writing new songs and during that time there were moments where we struggled to write.

Cam, Boris and I have found a great equilibrium of writing by ourselves and bringing it to the group and turn personal ideas into Kasador songs.

So all of the songs come from an individuals place, but are expanded on by the group.

There are exceptions, but that's been our method to avoid writers block for a while now; just bring it in and someone can help!"

ZOE DUNE: Now, broadly, the dynamics over your music clearly has a lot to do with how involved your bandmates are with your tracks.

Nick stepping up for "Skeleton Park" added a lot of richness to Kasador's sound.

He reminds us of Dave Grohl when he b-sided "Marigold" with Nirvana.

"Skeleton Park is actually a great example of how we operate. That one started a few days before we went into the studio with a drum beat and chord progression.

Cam had a lot of idea for the chorus and really spearheaded areas of that song.

The creepy storytelling was also a collective move and I remember clearly sitting in the Bathhouse kitchen the whole band throwing out lyrics and openly critiquing each other.

It was a lot of fun and came together quickly and we even had a video done by the end of that session.

Probably the fastest our group has put something together."

ZOE DUNE: Would Will consider completing his dad's unfinished songs for Kasador over a period of time?

There's no doubt you guys are very capable of molding convincing interpretations of those songs or at the very least, filling in those gaps?

"I don’t think so, he had a career of his own. Some shows I’ll do an acoustic cover of one of his songs, but thats as close as the band will get I think haha"

ZOE DUNE: All of your singles leading up to the release of your full-length album are frighteningly brilliant.

What can you say about those?

Really appreciate you saying that!

We did a lot of ’soul searching’ through this record, so I feel that all of these tracks could have had single potential and we spent a lot of time thinking about what should go out first.

Our music is very diverse by design and having multiple vocalists always keeps things interesting for the listener.

It’s also difficult for me to think about them as deep cuts because we’ve been listening to them for so long now, there have been moments where they have all been my favourite!

But we’d love to know what you think about the deep cuts on October 4th!

Check out the video!

Tags: kasador, indierock, alternative, again for me, single
E-mail me when people leave their comments –
Follow