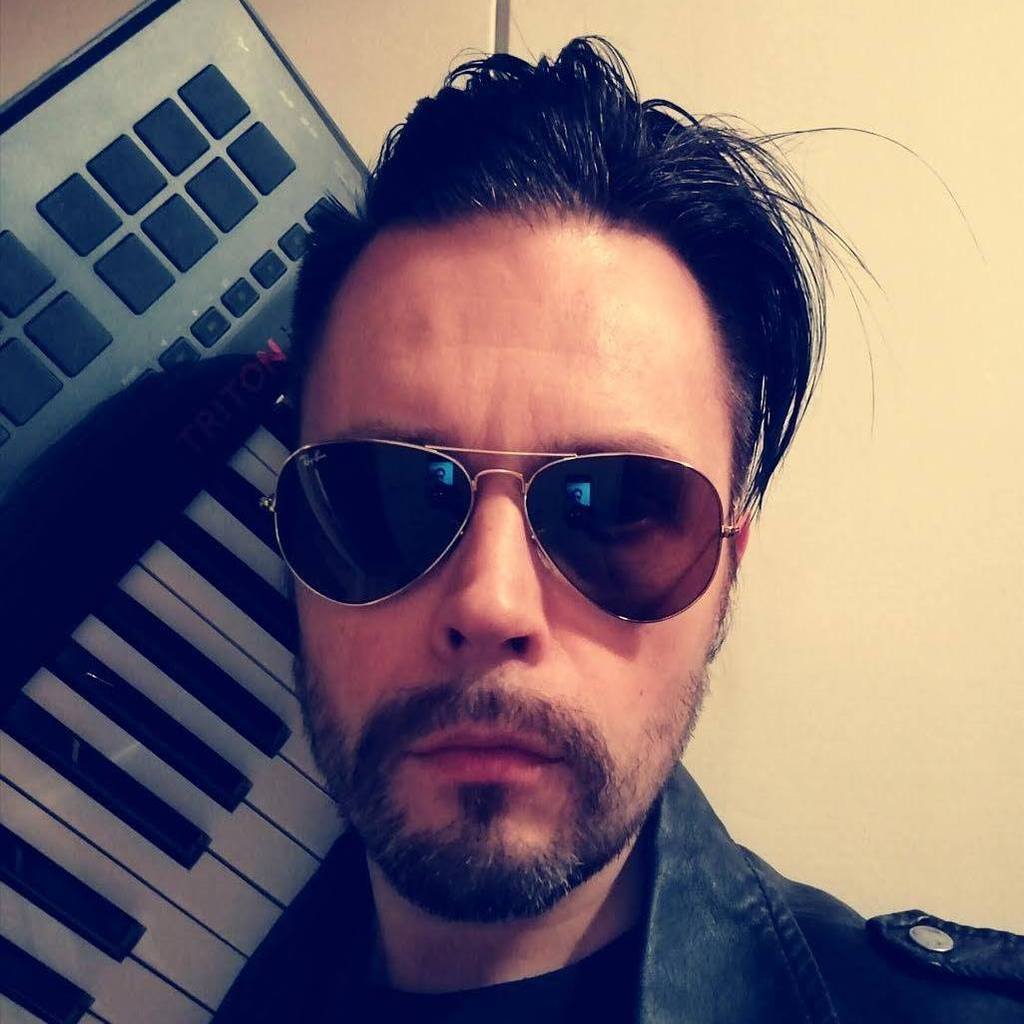 How the hell did we get wrapped up in all of this greatness!?

It all started with Levinsky a.k.a.Petteri Leiviskä, when his 'Fenris' track dragged us into the darkness and we went willingly.

What followed were a few months of released singles that just kept us waiting for more.

Maybe the villagers are looking for us, we're not sure but we're pretty sure we don't care that they are.

We just had to know the story behind the creator.

Did you want to target certain audiences perhaps provide us with exclusive insight into the creation of your music?

As a child of the '80s, I grew up with the music and entertainment of that era (be it what you have, the Commodore 64, Atari 2600 even, all the flicks and the hit list tunes, not to mention the hugely influential movies) and I think that all is in the heart of me, though I have played music ever since I was 13 and have gone through many different cycles and genres, which is only a natural progression.

For the past few years I have not been involved in a band but more or less occasionally writing some pieces by myself. After really getting into the synthwave movement/scene during the recent years through seeing acts such as Carpenter Brut, Perturbator and even John Carpenter and Claudio Simonetti live, I thought it's time to give it a more serious go and the infamous "ketchup bottle" effect took place as the mental cumulation burst out - currently, I have about 14-15 tracks under my belt.

My songwriting process is based on a kind of a traditional approach - I believe that you cannot necessarily write a good tune if you don't think about the fitting layout and structure: also a synth tune needs to have intro, verses, choruses, bridges and all that, just piling up layers of sounds and samples does not cut it for me.

Once I've been at it (mostly until I drop, to be honest!), I tend to take a step back and listen to it carefully a couple of days later. Then the necessary changes are usually pretty evident and straightforward. I also am a fan of not polishing things out of their power - I want a certain rawness in my style, I want my music to rub itself in the listeners face a bit, if you like!

By the way, here a Giallo thriller for you via Amazon!

Prime viewers can see if for free! Get a free 30-day Amazon Prime trial here!

In addition, I enjoy experimenting with things - take some stuff out of the sandbox and have a play e.g. on atonality. To me, there has always to be a right mix between a visual/mental image stimulation and the actual aural delivery. I am a big fan of the famous Italian Giallo thrillers plus classic sci-fi and horror movies. I can get to my best speed once I, for example, have a certain word or phrase come to my mind, then I build up the imagery around it and rather sooner than later I find myself writing that right bass line and putting together that right melody to fit the vision.

For example, with "Fenris", the roars that you hear at around 2:30 into the song are animating the wolf you are facing in the song. Regarding gear, my setup is pretty commonplace for any synthwave musician nowadays: a solid and trusty laptop (MacBook Pro), a good selection of solid VSTs and plug-ins, keyboards, a sampler/controller and some hardware analog synths too. Among these things, I, of course, have hoarded some guitars, amps and even a melodica over the years!

We can't not the only ones who got a film composer-like feel for your work. Do you have anything to do with that perception, such as do you approach your tracks as if they were soundtracks or is that because we're just obsessed with movies?

You're right there. I often do think or depict an undirected film in my mind, a scene, a feeling, a single shot and that's a natural inspiration for my work very often. Most probably sexuality manifesting itself as an uncontrollable force, combined with that Giallo type of tension built into the song. I was told I could sell some parts of the track to a trap rap group, personally, I think there's a mild Slayer undertone in one of the riffs. With the melodies, I think I got it right the first time really.

What can you tell us about the track Fenris?

"Fenris" is, in essence, a homage to pulp horror stories I used to read quite a bit as a kid. Of course, the name "Fenris" or "Fenrir" comes from the Norse mythology and popular culture being so eclectic and all nowadays, you can catch that figure also on the latest Marvel movies if you like. Basically, I just really dig the name and came up with the idea of having a prowling, intense and atonally groovy track in place! Personally am very proud of the outcome, would not really change a thing about the song itself. In particular, the lead melodies verging on the atonal and the how the beat really is on spot are the sweetest things to me on this one.

Tell us a bit about another one of our favorites, your "Violent Appetites" single. Much like "Fenris", those arrangements came at us out of nowhere! The structure doesn't seem to build off of anything familiar as it seems to rely on its own rhythm and melodic tones. Does that track reveal a bit more of your approach to creating these tracks and what kind of subject matter is the track about?

Whoa, thanks - I'm glad to hear that! This one started out actually by myself playing around with some bass sounds that were pretty Daft Punkish. Then, over a few weeks, I took a very critical look at the basic riffs and decided to give it hell - that paid off. Last weekend I just had a ride trying out different things on it (note the intro repeated by outro, pretty 80's in a way if you like), having a danceable, hooky bassline in the first riff to get your groove on, then gradually making things more sinister and moody... I want the whole songwriting process to be creative and the key to creativity is just to experiment a lot, for example, running the riffs you wrote for one instrument through a wholly different one and see what that leads to. I think I also managed to channel a few very sweet very 80's type of things into this tune - take the female choirs, the soundtrack-ish build-up to the chorus and the "Moogy" synth lead sound as examples. The track subject is basically about man's primal instincts, the things that we suppress in our daily lives but that can reveal themselves in weird and strange ways.

What can you tell us about the synthwave scene in Finland?

A good question. To start out with, let's mention two entities. Here in the South we have a few guys called Flashback Future, who run a series of events for DJ-nights and live gigs, check them out here:

As you can see, they've got a good history and have brought over here many of the biggest names like Carpenter Brut, Perturbator, and Dallas' own GosT as well.  The second thing is Finland's Blood Music record company (currently based in Porvoo, less than 50 kilometers from Helsinki). This company hosts e.g. GosT, Perturbator and many other interesting artists - not only synthwave but also black metal and other underground stuff.
Then, for the artists/producers: you can say we are a scattered lot with maybe the biggest concentration around the South, but of course, we have folks in the central and Northern part of the country too. There's a small, more or less loosely bound community of these guys, so some communication exists, also this year there has been a bit of a talk of arranging own events and such, but still, things are on the level of talk. There are a really only a couple of people who have a recording contract so to say, but most of the fellows are underground actors.