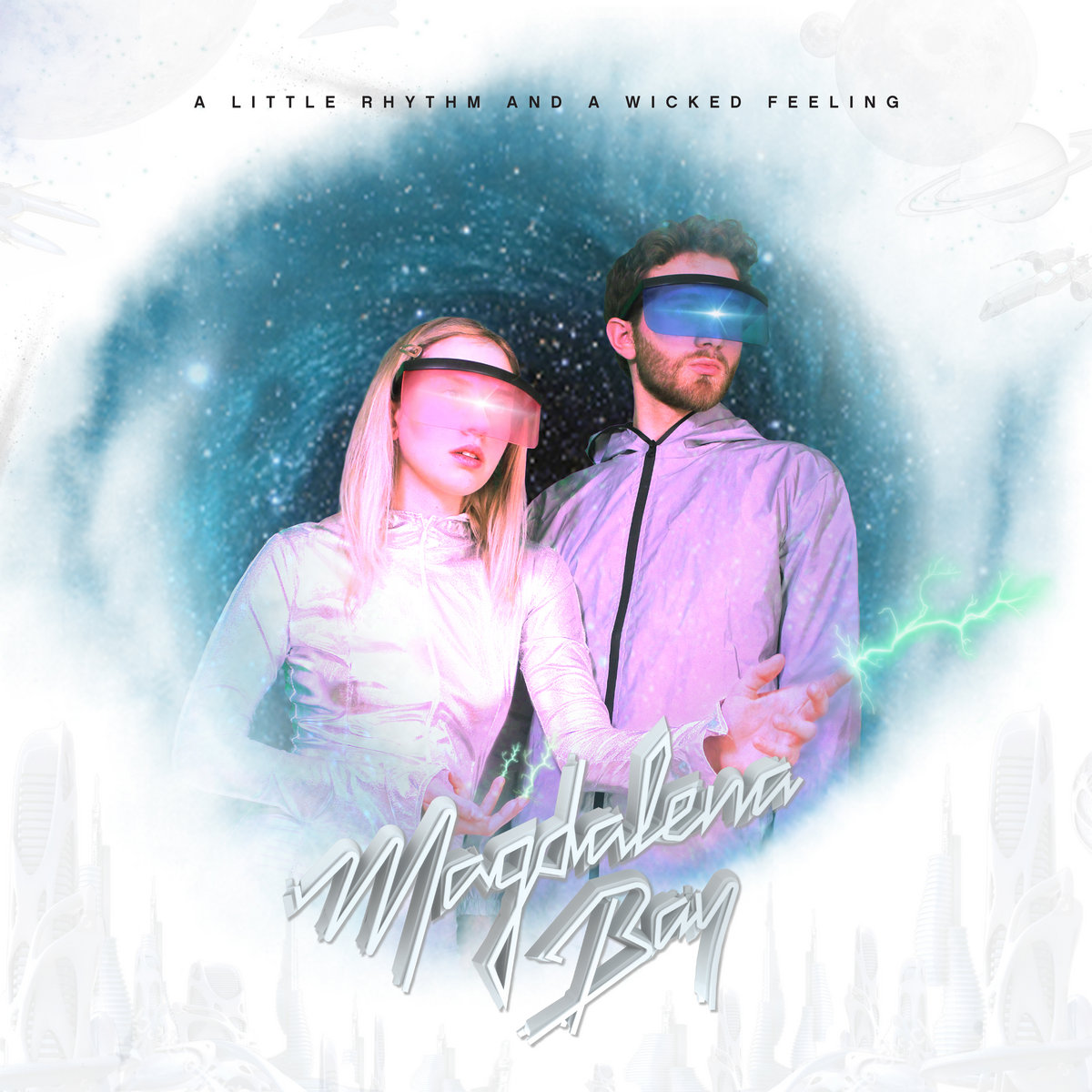 Like many fans of great music out there, we too have been loving the pop skillfully created by the L.A. duo known as Magdalena Bay.

We should have better known better!

If you love videos then get ready!

Mica and Matt have been leading us on with their fun and visually stimulating pop art-laden videos for some time with their singles leading up to each of their releases including this one.

Listening to their new album just adds another layer of electro-happiness to the daily mix we call life!

Just listen to how they crack open this album with their "How To Get Physical" single!?

The ride from that opener to their "Good Intentions" single is as good of transport as any for an album that's worth a listen.

Mica's delivery is seductive and sexy but she sweetens the deal with "Good Intentions" of course!

You just can't help but be seduced by Mica and Matt to the beat on the way out from that track.

Support Magdalena Bay and this blog at the same time and get the album via Amazon!

Why you're at it, why not sign up for a free 30-day trial for Music Unlimited!?

The great "Airplane" has always seemed a bit of an odd one since it first landed on our aural landing strip until we realized just how well constructed that chorus is.

Listening to it on the album makes that much more of a difference!

It's masterful and proof of just how great they've gotten in their songwriting.

Then we get back to the Magdalena Bay-sics (see what we did there?) with one of our favorite tracks since it was first released, "Venice", which we've easily had on a loop since day One!

And this album has more energy to burn at its easy-going yet high-interval pace with "Killshot".

Of course, the advantage of hearing an album like this is when you get to hear the stuff between the singles like "Stop & Go" which might be one of their best songs ever.

The way these two unite from here on to the rest of the album, it secures Magdalena Bay as heavy-hitters which, if they ever let their guard down of just how good they are, that reality should scare them enough to make them wake up in a cold sweat!