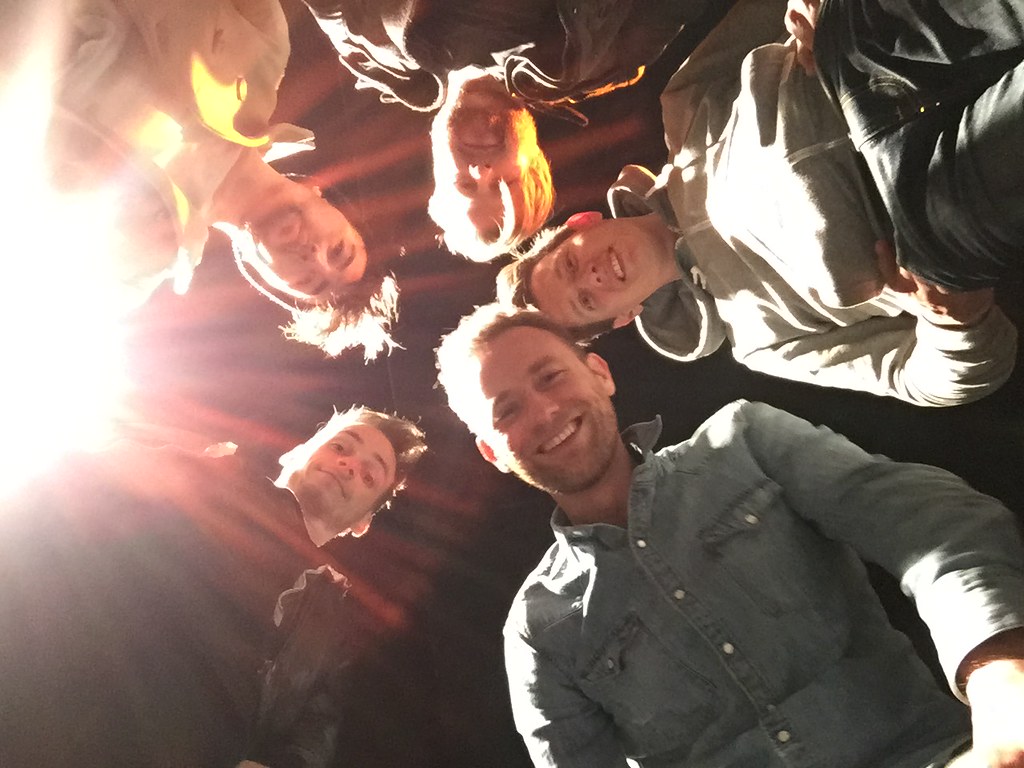 [UPDATED: March 28] - Great news from Victoria, British Columbia this month, with the return of earnest indie rockers Towers and Trees! They've released the first single this year for, 'Head Down / Heart Up' as they've returned from their less than one-year hiatus.

As you can see, Towers and Trees aren't slouches! We generally snub lyric videos that don't engage with the viewer. But when even the band shows up for it, it's certainly worth sticking around for and even great for repeated viewings!

Indie88 got the drop on this one when they premiered the new video and in their post, they point out that there were two more tracks as a result of their sessions with producer Ryan Worsley.

Get their single from Amazon!

We featured the single on Episode 33 of our weekly podcast right before putting it in rotation on Z. OE. DUNE, which you can stream on the main page.

After a year or so hiatus, there was clearly no doubt that you would be together in the studio again but, could your hiatus have easily have gone longer?

I'm not sure we were certain Towers and Trees would ever come off hiatus until we were all loaded in the van at 5:30 am, driving for the first ferry to Vancouver to start recording. We had been sharing and working on demos for months prior, while I (Adrian) was in Europe, our drummer Jesse in Toronto and our two Daves (Dave Arter and Dave "Shred" Zellinsky) back in Victoria, but it was still quite a leap to actually commit to another Towers and Trees record. Things landing with producer Ryan Worsley was a huge step towards making that happen. Ryan is a powerhouse and we all knew he'd be the perfect fit for a new chapter in Towers and Trees.

I'm sure it takes some adjustment to move from living life outside of the studio and as a band to coming together once again? You guys have been preparing for this new release since last September?

Well, truthfully that's an adjustment we'll continue making for quite some time. We're still spread geographically between Toronto and Victoria BC (on Canada's West Coast), and would be naive to think that doesn't present its fair share of challenges to the band dynamic. But if recording these first three songs together was an experiment, the results feel pretty conclusive that it can work and we're willing to make it work. It's 2018, why not try something crazy you know?

You said that 'Head Down / Heart Up' could pretty much be your new mantra for how you're resetting your focus in this new venture. Would you say that Towers and Trees have renewed confidence as opposed to where you were before?

Yup, I can confidently say that until the next time our confidence gets shaken haha. Before we went on hiatus, I'd say T&T had lost our sense of vision, and without vision, it's tough to find a path forward. So we made the decision to put it down. Part of picking it up again was making sure there was vision, which is a wonderful feeling because it gives vital context to the madness and the hard work.

How rapid-fire were the sessions with Ryan Worsley and what's the end game on the three tracks from these sessions for 2018?

Ryan has incredible clarity and focus so even though we got a lot done in our one week together, it didn't feel 'rapid fire'. We went in with what we felt were the three strongest 'single' type songs and watched them grow and blossom under his guidance. As unromantic as this sounds, our next step for making an album is funding it, so the end game with these three songs is to generate enough industry interest to hopefully secure funding to finish the record with Ryan later this year. Instead of sitting on all three of them though, we decided to release "Head Down / Heart Up" to give our fans a sense of the direction we're going and hopefully turn some heads. It also gives us a reason to tour and play shows which is our favorite thing to do.

Way to go boys! Can't wait for what's to come!

Stay tuned to this article for more updates!!!