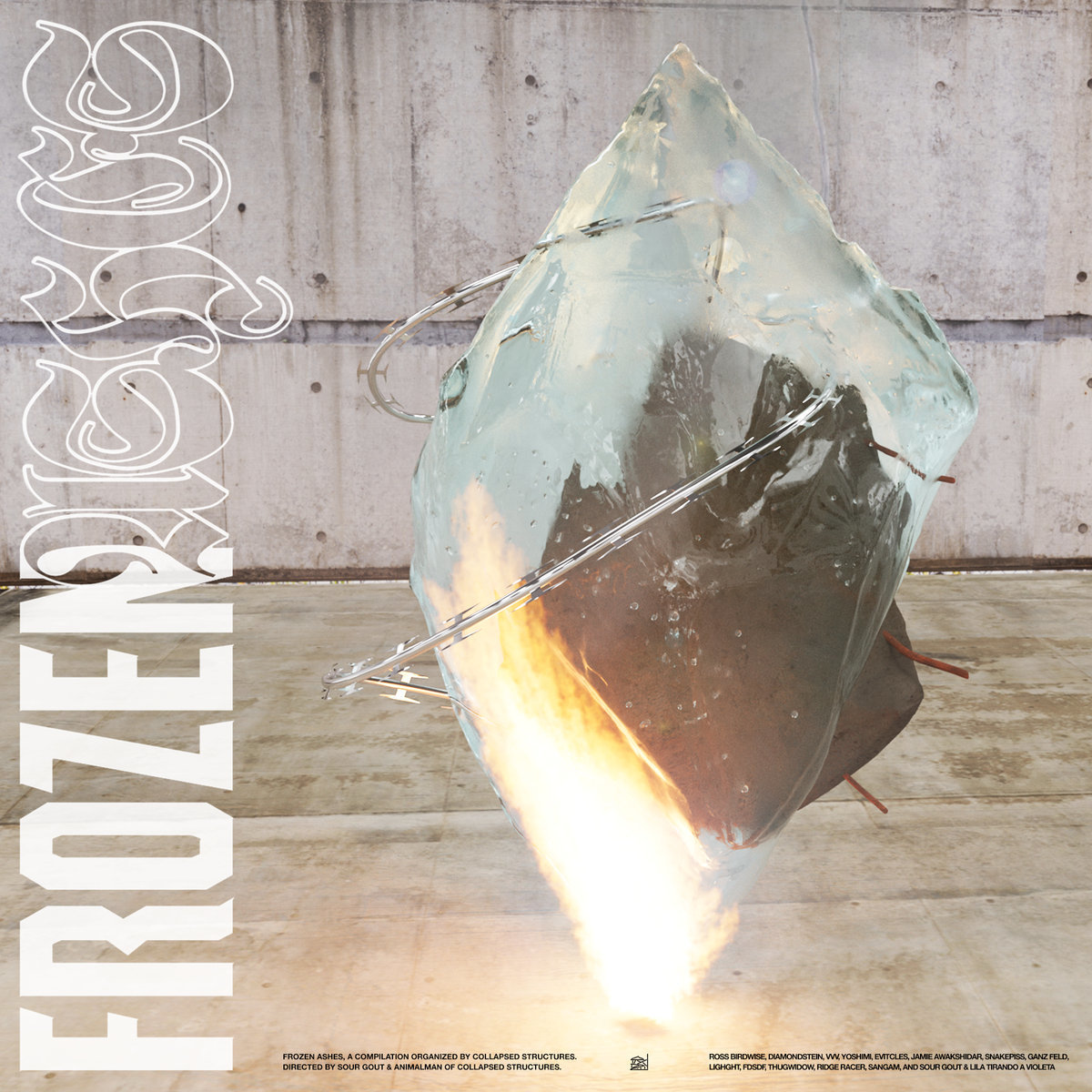 The first three tracks of the album, following the opener, seem to all have a similar feel or tone to them.

If we were on the highway at night, it would be too late before we learned that we were "In Cold Mud" by Yoshimi thinking it was another movement of Diamondstein's "Wooden Zephyr".

We found Evitceles' "THE CLIFF BEHIND MY BACK WHERE MY HAND USED TO BE HELD" to be somewhat troubling simply because that's just the way we're wired where the title said everything and the music made the story that more tragic.

As much as we would like to say more about Ross Birdwise's "Winds Selkirk" (and under pressure, we will), it seems that the standard for any good various compilation arrangement is to pad the tracks in between. Birdwise's opening track and Jamie Awakshidar's "Sehnsucht" seem to be there to do just that.

But they also provide a texture that might be part of the concept which we're only more than happy to fall through as opposed to being dragged.

There's no turning back when we get to "Snakepiss", one of the most immersively intense musical textures we've ever willingly drowned ourselves in.

And really, what choice do we have when we're freefalling from the beginning?

It's been said (by one of us at least) that, once you get over that uncomfortable "hump" of drowning, everything else is easy.

That's when we come to "Inner Fire" by Ganz Feld which remind us of those days of yore when Starstreams used to play a lot of Patrick O'Hearn.

When you stick with this compilation, "Inner Fire" is your reward and your rite of passage to the rest of this release!

As you can probably tell, we haven't really taken advantage of really getting into why, at the very least, this compilation has to be made.

"The Sun Splitting the Cold Stones" seems to be the track to put us there, where we hear a lot of that 90's to early 00's drum n' bass and ambient sound.

We also get some 808 State and even some of the sounds we remember Luke Vibert used for PLUG.

Actually, a lot more of that than we thought and we're gonna say that that's our journey and not theirs.

Although, we're pretty sure they'll probably bring up the same influences if we were to talk to the artists.

And, it's just so refreshing to hear that again after all of these years like in "Winds Selkirk" by Ross Birdwise!

Click on the cover art below and get this album!

You can also get a free 30-day trial subscription to Music Unlimited to stream this and more music from multiple artists today!

Certainly, the mid to late '90s was a pivotal moment for electronic music with acts that pushed the boundaries like Aphex Twin and Autechre.

Frozen Ashes delivers on that front as well with Sour Gout & Lila Tirando a Violeta's "Antediluvian", which ends up closing the compilation.