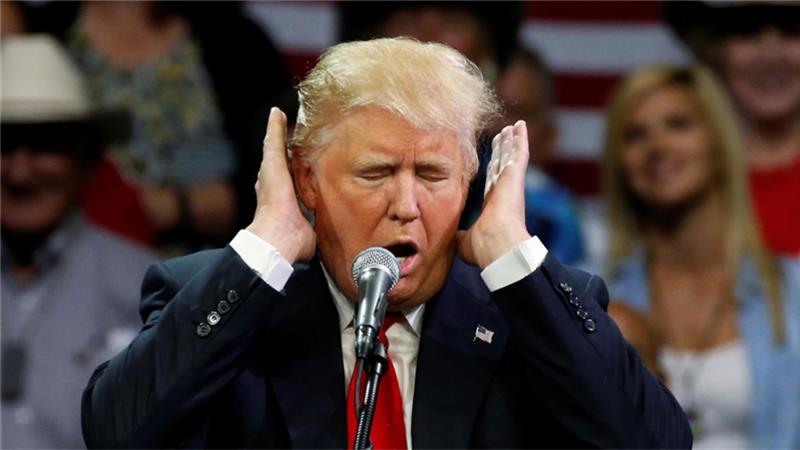 To say Donald Trump is dishonest is an understatement, and at this point, not exactly new information.

There is no shortage of stories from contractors, banks, municipalities, and business owners with whom Trump did business then refused to pay.

This is how he operates.

Should we expect anything different now that he is president?

All have submitted invoices totaling $841,219 to the Trump campaign.

At a MAGA rally on Oct. 12, 2018, in Lebanon, Ohio, Trump shouted out his support for the police officers, whom he hailed as “heroes.”

But the city is still waiting for the $16,191 it shelled out for those heroes--enough to fund the department for nearly two days.

“There’s a lot of benefit when a president comes here: economic benefits, more visibility for our community. But I would hope and believe the Trump campaign would pay its bills. It’s our taxpayer dollars.”

“The fiscal impact on local governments, especially during campaign seasons in critical vote states or communities, can be significant. When one considers how much money campaigns raise and spend, it does not seem unreasonable to expect some degree of reimbursement for such demands for service.”

“It is our hope that [Trump’s campaign] will do right by the taxpayers of Mesa and provide payment.”

Some municipalities are not so sanguine, however.

“Let’s be honest, when does Trump ever pay his bills?”

The city holding the lion's share of unpaid bills is El Paso, Texas the Trump campaign owes $470,417 for a rally back in February.

"It shows a lack of concern for the community and the taxpaying voters of El Paso. President Trump has in many ways, over the last year, put a financial burden on this community and has yet to show us the respect we deserve. It is clear that our borderland is not a priority of the president."

He paid it back before the due date.

60 cities have policies against charging politicians for police costs; others chose not to specifically charge Trump, like Youngstown, Ohio, where a recent Trump campaign stop cost taxpayers $11,147 for 48 police officers.

While it's true presidential campaigns are expensive, the Trump campaign is not short on cash.

According to federal records, the campaign reported in March nearly $40.8 million in available funds.

Moreover, even though election law requires campaigns to report debts, including those deemed “disputed,” the Trump campaign has not reported any to municipal governments or police departments in Federal Election Commission (FEC) filings.

In addition to standard traffic and crowd control, police departments face a unique challenge when it comes to Trump rallies: violence.

A University of Pennsylvania study found cities that hosted Trump experienced an average of 2.3 more assaults on those days than others.

(Those still inclined to throw up Hillary Clinton as a false equivalency might be interested to know the same UPenn study found no such violent link to her rallies.)

University of North Texas researchers found counties that hosted Trump rallies witnessed a 226-percent increase in reported hate crimes compared to counties that did not host any Trump events.

Washington, D.C. has had to chip away at a special fund for hosting large demonstrations, foreign dignitary visits, and other non-routine events as well as city security costs because of the $7 million Congress has traditionally defrayed.

This has raised some concerns considering the president is supposedly planning a July 4th speech at the Lincoln Memorial for which the D.C. government is expected to assist the National Park Service.

So much for “We love you and will always support you,” as Trump tweeted in January on National Law Enforcement Appreciation Day.

So much for “For you guys, anything I can do I’ll do,” which he promised at the annual convention of International Association of Chiefs of Police last year.

So much for “America’s police officers have earned the everlasting gratitude of our nation” Trump tweeted in October.