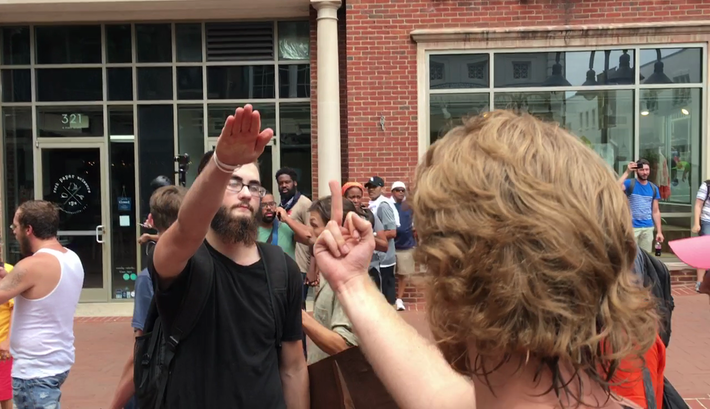 Prior to Sunday's white nationalist rally in DC, experts are predicting that the number of pro-Trump bigots will not be as large as many believed.

One report describes the number attending as "hundreds" due to the fact that the permit for the Unite the Right rally sets the number at 400. According to The Hill, Mark Lance who is a professor of justice and peace at Georgetown University said that even that number might be exaggerated.

"[These neo-Nazi groups] are pretty famous for overestimating their turnout and backing down when it turns out that there’s a really massive response to what they’re doing. So it would not surprise me if it was a very small turnout."

Many analysts have said that after the tragic turn of events at last year's Unite the Right rally in Charlottesville, many of the white nationalist groups had broken up due to infighting.

Get your copy of this true-fiction account of the 2nd Civil War!

But over the year, headlines of blacks being targeted by police officers, pro-Trump supporters calling police on minorities for mundane reasons, including the public harassment of minorities caught on video and President Trump's own attacks on minorities, it's very likely that the turnout on either side will be much larger than Lance suggests.

With six other counter protest events planned throughout the day, it is estimated that the counter-protester turnout will be at least 1,000. With last year's headline-making event already having a year to stew along with international anxiety over white nationalism, it's very likely that many more people will attend.

[Featured image by Evan Nesterak via Flickr, CC BY 2.0]