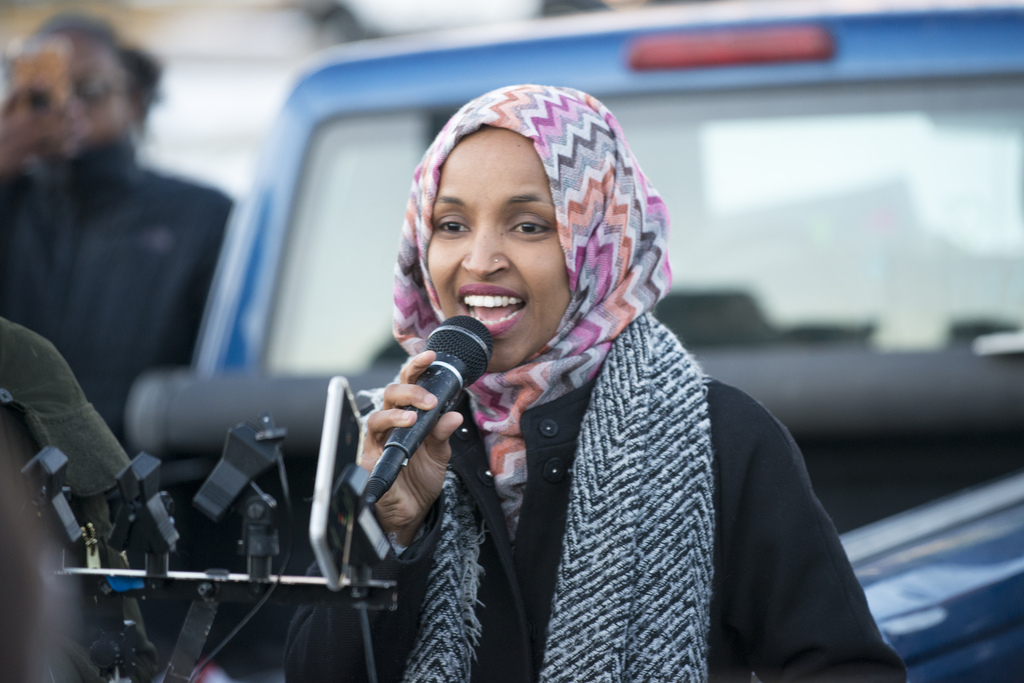 The NY Times reported on that very thing, referring to one constituent who told his daughter that Rep. Omar had made:

"a poor choice of words."

This was in response to Omar's tweets about the Israeli government's lobbying efforts on US politicians.

Among the many tweets and statements made against Netanyahu's Israel, the media latched onto her Feb 10 tweet in response to journalist Glenn Greenwald's initial tweet against House Minority Kevin McCarthy (R-CA) for wanting to go after Omar and others who criticize Israel, calling her comments anti-Semitic.

GOP Leader Kevin McCarthy threatens punishment for @IlhanMN and @RashidaTlaib over their criticisms of Israel. It's stunning how much time US political leaders spend defending a foreign nation even if it means attacking free speech rights of Americans https://t.co/It1fGm1b70

The congresswoman has since deleted her "controversial" tweet to Greenwald which was:

"It's all about the Benjamins baby."

The mentioned constituent explained that his daughters looked up to Rep. Omar and that he had voted for her, but was unsure that he would do so again in light of her statements.

He is among the many who are reconsidering their vote.

[Featured image by Fibonacci Blue via Flickr, CC BY 2.0]