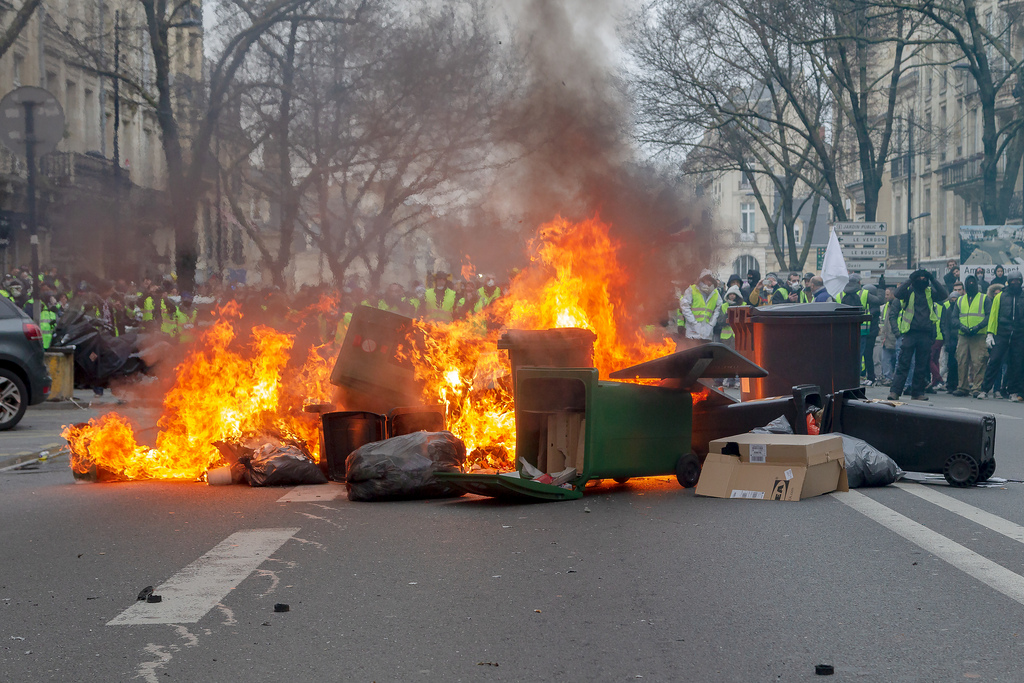 Show your support for the Yellow Vest movement and NewsVVave and order your vest today!

The initial reason for the protests is said to have broadened against French President Emmanuel Macron's policies.

With numbers of protesters dwindling in the movement, various properties on the avenue are being vandalized.

The movement initially organized against rising fuel prices, the cost of living and President Macron favouring the rich while placing an economic burden on the working and the middle-class.