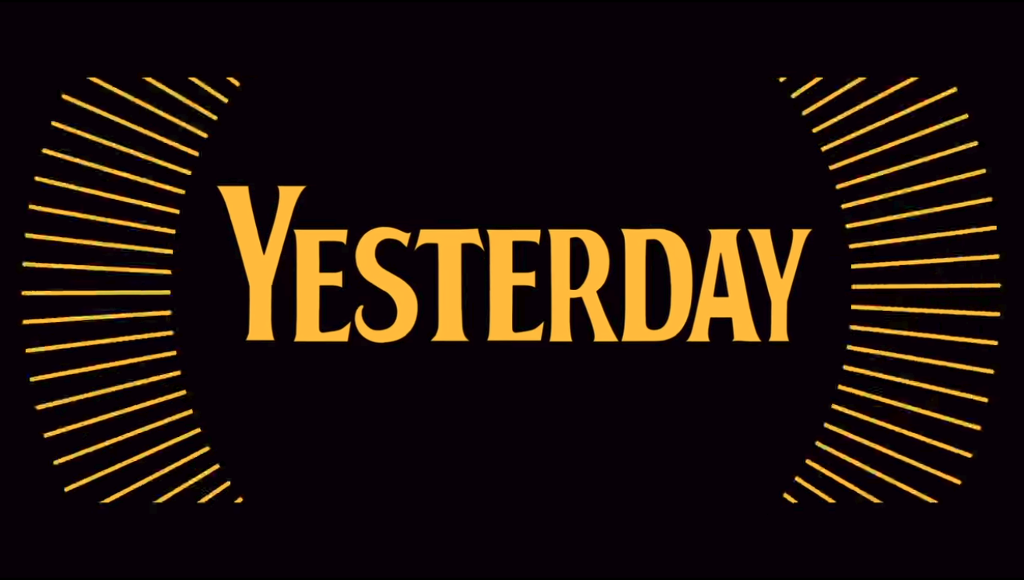 The Yesterday movie trailer, much to my frustration, has been making its rounds throughout the internet.

It starts off charmingly enough and reveals a "what if" scenario about the 'legendary' Beatles.

Just imagine (no pun intended) that the band and their music never existed?

Any memory of the English pop band and their music is apparently wiped out worldwide by what appears to be a global power outage.

But, perhaps because of the accident that our protagonist Jack Malik suffers during the outage, it makes him the only person who remembers the Liverpool band and their songs.

Oh yeah. He's also a struggling musician who has little to no success which puts him on a slippery slope, pawning off those famous hit songs from the Fab Four as his own.

That whole premise is good and the trailer has a very warm feel to it. It's definitely a very accessible, feel-good film that Beatles and music fans will flock to go see.

No doubt, everyone is already rooting for Malik so 'Yesterday' is a sure winner.

I just wish it wasn't so.

First of all, my dad, like billions of people, was a Beatles fan growing up and just like anyone in their youth, you absorb what you hear.

But, it wasn't until Mia Wallace referred to the British band in a scene cut from Pulp Fiction that it began to dawn on me how the marketing circuit works.

"My theory is that when it comes to important subjects, there's only two ways a person can answer. For instance, there's two kinds of people in this world, Elvis people and Beatles people. Now Beatles people can like Elvis. And Elvis people can like the Beatles. But nobody likes them both equally. Somewhere you have to make a choice. And that choice tells me who you are."

I bought into that as scripture.

And thanks to Pulp Fiction becoming a major hit and a classic, it's also become a very effective delivery system for both the Beatles and Elvis.

Watch it again on Amazon!

An older generation would definitely agree with Mia Wallace. But ever since I immersed myself into the independent music scene, I know how difficult it is for musicians to get that kind of exposure.

I also know how refreshing it is to keep your mind open and able to find things that are far better and more complex than the Beatles or even Elvis.

Yesterday guarantees more checks flowing in the direction of Paul McCartney, who is treated like a god and Ringo Starr who, for lacking the talent of the other three is in its place just a prick.

The other guys in the store are snobs about that stuff too but even one of them calls him out for playing it safe.

People who live off of mainstream music are just another group of stubborn fucks who tend to put indie artists through the wringer.

They too act like music label moguls and want indie artists to feel like you have something to prove.

Those are the people who will blindly take Mia Wallace seriously.

Btw, become a Prime member and rent High Fidelity so you can see quite thoroughly just how much of a douche these guys are!

At this point though, Yesterday is just another effort by the mainstream to force the Beatles legacy onto the masses.

In fact, some executive whose job is to make sure that no one ever forgets about the Beatles must've gotten nervous about the current independent music streaming environment and pushed to make sure this movie got made.

Why don't you check it out and let me know if the Yesterday movie trailer isn't doing that?