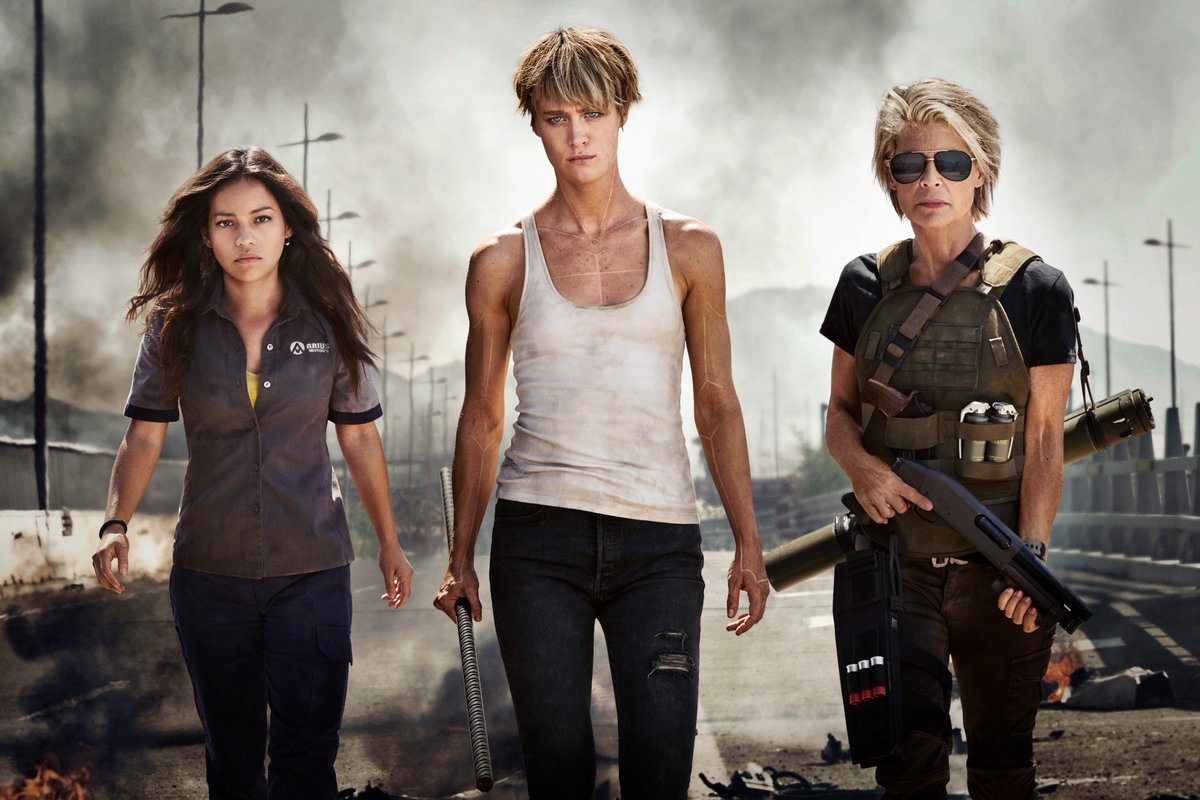 It makes sense that in an era where facts are turned into fiction, viewers seem to forget how profitable and breakthrough Cameron's movies (even by association) have been.

And it looks like haters will be working overtime as Cameron and the director of Deadpool, Tim Miller, have already developed their return to the franchise as a trilogy.

Let's be clear. James Cameron is producing and not directing.

But that doesn't mean that he wasn't hands-on with the new film.

Does it really make sense for him to return after almost 30-years to a franchise he created just to get a credit?

Rent the movie that started it all!

Or, get a Prime membership to stream The Terminator for free!

Everything we've seen so far on the teaser trailer is pretty much modernized Cameron because Tim Miller's role as director is quite clear.

But some "fans" have already expressed how jaded they are and rather than put their trust in the creator's involvement, they've defaulted to their feelings of being let down from the last three movies which had nothing to do with James Cameron.

The haters are clearly setting themselves up for failure.

Get Ready For More Haters Over New New Heroine

We've all been waiting for Linda Hamilton to return to the franchise since 1991.

What a disappointment it's going to be for viewers when they officially learn that the new heroine will not only be taking Sarah Connor's place but that she's also a Latina.

In the trailer, we see that Connor and Grace (Mackenzie Davis) are protecting a young Hispanic dark-haired girl, Dani Ramos (Natalia Reyes) who when asked by Grace:

"Why do you care what happens to her?"

"Because I was her."

Still, if you're unwilling to buy that, notice in the end when Grace is asked by Dani:

"We win by keeping you alive."

Also, keep in mind that it's Dani's voice narrating the beginning of the trailer, which many reactions thought was Connor.

Well, it's about to get worse.

In an interview with The Hollywood Reporter in late 2017, Cameron and Miller spoke thoroughly about writing a trilogy in order to ground the characters or rather, develop them and their world thoroughly.

But again, just like the Terminator movies have everything to do with Sarah and her son John Connor, both directors said that they were looking to pass the torch to a new heroine.

By the time we get to Dark Fate, Sarah is already so hardened that she's intolerable or rather, a real bitch.

Watch it all over again!

Of course, Cameron said quite plainly that they're going to watch the success of their new Terminator movie before they move on to wrapping up their pending trilogy.

This is, of course, all happening while he's working on four extra Avatar films and a True Lies TV series under development by Fox.

Watch how everything I pointed out is thoroughly and evenly sprinkled throughout this interview.