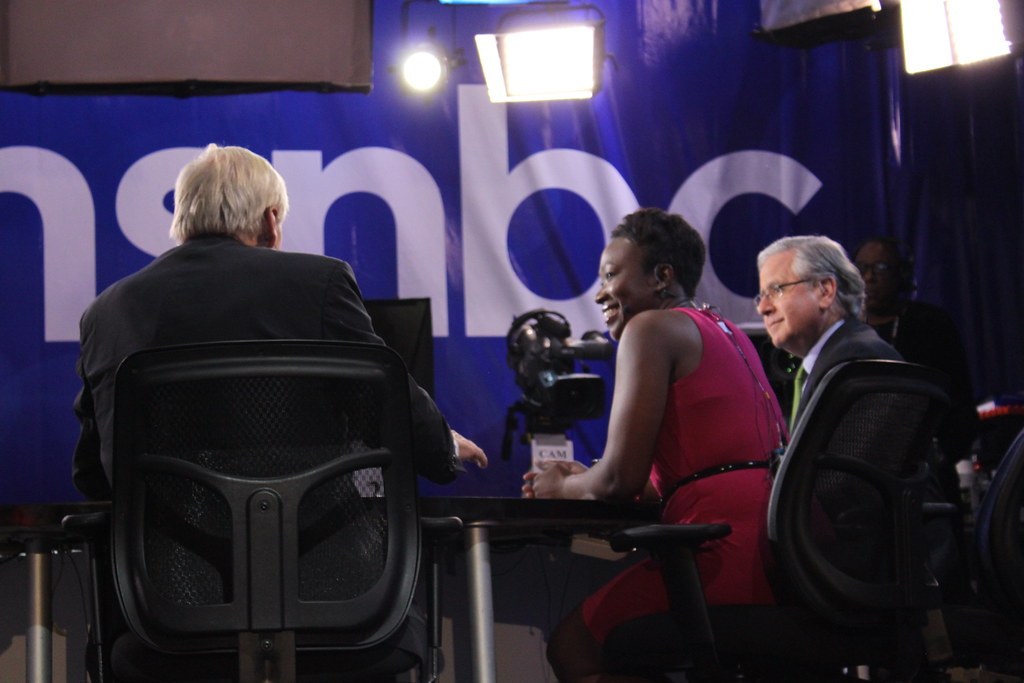 As avid watchers of network news, many of us remember when MSNBC news anchors Mika Brzezinski and Joe Scarborough appeared to buddy up with then, candidate Donald Trump during 2015-16 Presidential Campaign. But you wouldn't know it to watch the network now where you'll find the best and more engaging anti-Trump commentary on any news network anywhere

In fact, you could say that they're almost single-handedly laying waste to the Trump administration, bigly!

Before we time travel to June of last year, let's update this by pointing to the storm of haymakers MSNBC news anchors, sometimes turned reporters, are delivering to the administration using Michael Avenatti, Stormy Daniels' lawyer. While Avenatti has been circulating through other news networks and programs, his appearances are mostly split between MSNBC and CNN, another network that Republicans and Trump love to go after.

And of course, it really doesn't matter which network Avenatti goes to, President Trump's own lawyer, Rudy Guiliani -- along with the rest of the administration, will always find some reason to go after him or the networks, all of which they've accused of creating fake news. But it makes a difference when Avenatti shows up on Morning Joe as President Trump publicly attacked both MSNBC news anchors on Twitter last June.

...to Mar-a-Lago 3 nights in a row around New Year's Eve, and insisted on joining me. She was bleeding badly from a face-lift. I said no!

On the same Friday that Mika Brzezinski and Joe Scarborough lashed back on President Trump via their program, they released an OpEd via The Washington Post about the President not being well. But it was also revealed during that time that the administration had even gone as far as to threaten the television couple with a hit piece by right-wing tabloid National Enquirer, for negative commentary.

Of course, there's no such show... yet. But there probably should be, and perhaps with Ari Melber who has a hard-on for the law. MSNBC's The Beat with Ari Melber has been treating the case of President Trump's former personal 'lawyer' Michael Cohen like chum as of late, getting into the legalese of it all. The Rachel Maddow Show has always been more than capable and thorough on the reporting of Trump's scandals.

But the way that MSNBC news anchors will be able to have all the glory of the ultimate takedown of the big orange baby in the White House is by securing exclusivity with Avenatti's biggest reveals because, since Avenatti and his client Stormy Daniels are publicly going after Trump. As a consequence, the Mueller investigation seems to have intersected with their case and giving the appearance that they're working together, most certainly in going after Michael Cohen.

At one point with Morning Joe, -- which is seen in the clip above -- brought up the fact that Avenatti tweeted an image of a disc.

If “a picture is worth a thousand words,” how many words is this worth?????#60minutes #pleasedenyit #basta pic.twitter.com/eCkU0JBZaR

In an interview with the lawyer, Mike brought it up again and he promised to do an entire show on it when it was ready to be revealed. Thus far, the reports on the corporations and the money that was flowing in Cohen's direction has been revealed by Avenatti himself, while news media outlets scramble around to try and verify it. But, if that's not secure enough, more recently, Avenatti did speak with MSNBC news anchors about a possible connection between Michael Cohen and Qataris, who were taking an elevator in Trump Tower.