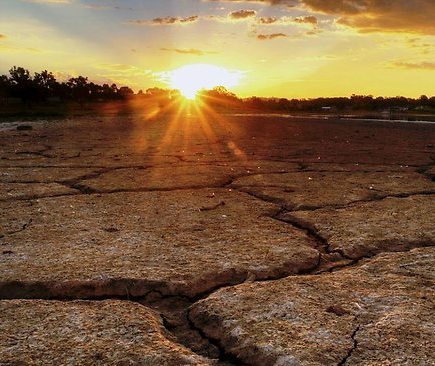 Mussels cooking in their shells.

Climate change is only just beginning to give us a taste of what it’s capable of.

International borders, economies, food and water supplies, health, education, transportation, energy sources, are all predicted to change with the climate as the planet warms faster than scientists predicted.

A recent Proceedings of the National Academy of Sciences study shows sea-level rise could be doubly dire as previously predicted due to accelerated Antarctic and Greenland ice sheet melting.

The previous worst-case scenario, one meter by 2100, no longer applies.

Some scientists believe the sea level rise by 2100 will be even higher than the study indicates.

“The Midwest alone, which is predicted to have the largest increase in extreme temperature, will see an additional 2,000 premature deaths per year by 2090.”

Zika virus, dengue fever, chikungunya, and West Nile cases are expected to more than double by 2050.

There’s the desire among some to scream that our polticians aren’t doing anything, or at least enough.

That frustration is warranted, especially when we consider we have an entire political party (Republican) parroting the fossil-fuel industry lie that climate change is a “hoax.”

And while it’s true the Democratic National Committee refuses to hold a presidential primary debate solely about the climate crisis, it is not time to give up hope.

Some lawmakers have consistently heeded scientists’ warnings and are using their influence and legislative authority to do something.

Washington Gov. and presidential candidate Jay Inslee is staking his entire run for the White House about climate change’s exigencies.

And then there is Vt. Sen. and presidential candidate Bernie Sanders, who three years ago was the only contender for the White House to make climate change a key policy issue.

“The global warming caused by human activities, which increase emissions of greenhouse gases, has resulted in a climate emergency [that] severely and urgently impacts the economic and social well-being, health and safety, and national security of the United States. [Congress] demands a national, social, industrial, and economic mobilization of the resources and labor of the United States at a massive-scale.”

“On the existential threat of climate change, Trump insists on calling it a hoax. Senator Sanders is proud to partner with his House colleagues to challenge this absurdity and have Congress declare what we all know: we are facing a climate emergency that requires a massive and immediate federal mobilization.”

According to the advocacy group Climate Mobilization, hundreds of local governments, including New York City, have already declared climate emergencies.

The CLCPA serves to:

“We are thrilled that New York State has passed this landmark legislation...a climate deal that will ensure New York is playing an appropriately major role in ensuring the United States significantly reduces harmful greenhouse gas emissions and transitions our economy to a low-carbon future. We commend New York’s legislative leaders for their national climate leadership.”

It only means the future of our planet, our children, grandchildren, and beyond.

The opioid crisis is a national security threat.

Money inundating our political landscape is a national security threat.

Foreign influence in our elections is a national security threat.

The Republican party is a national security threat.

The Trump administration is a national security threat.

But the climate knows no borders, does not respond to threats or political gamesmanship.

It doesn’t care who is sitting in 1600 Pennsylvania Avenue, or anywhere else.

It affects everyone everywhere, regardless of race, religion, creed, or country.

We’re all in this together, borders be damned.

Things are getting ugly, but despair is not an option.

We are the country that transformed our economy to end a crippling depression in the 1930s.

A decade later, we transformed our manufacturing sector to help defeat fascism.

We answered President Kennedy’s call to put men on the moon.

We answered the Civil Rights Movement’s call to grant voting and civil rights to African Americans after Dr. King proved we can overcome nonviolently.

Innovation is a quality that has always defined us.

Let’s rise to the occasion!