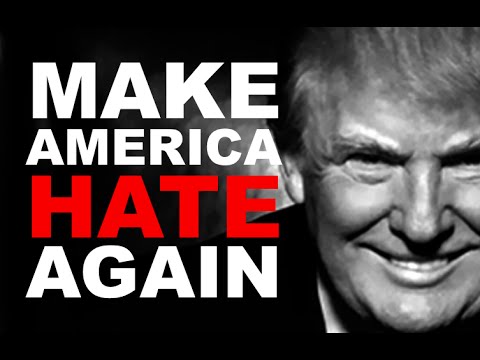 It has taken a mere two years to roll back decades of progress responsible for getting us to the point where we can respect each other's racial, religious, and cultural differences.

In the age of Trump, hate crimes and racial strife have, unfortunately, become part of the American zeitgeist.

Earlier this month, a white supremacist who left a racist manifesto loaded with Donald Trump's hateful rhetoric killed over 20 people when he opened fire at an El Paso, Texas Walmart.

Trump’s incessant stochastic terrorism is successfully inciting ardent supporters to take matters into their own hands.

He also threatened to “exterminate” Latinos in a race war.

And the man Lin cited as the one to initiate that race war--Donald Trump.

According to federal investigators, who apprehended Lin in Seattle, Wash., Lin posted online:

“The time will come when Miami will burn to the ground—and every Latin Man will be lined up against a Wall and Shot and every Latin Woman Raped or Cut to Pieces.”

The actual charge is that the man made interstate threats to kill a particular person (a Spanish woman who worked at a restaurant he visited). He also plotted with a friend to kidnap the woman, who he reassured by saying "I doubt the FBI would care much about her." pic.twitter.com/jJdlWS2OmI

Lin evidently threatened to wire a man $10,000 to assault a woman working at a restaurant Lin visited. He also threatened to kidnap the woman and kill every Hispanic person in the neighborhood, stating:

“In 3 short years your entire Race your entire culture will Perish only then after I kill your Spic family I will permit you to die by hanging on Metal Wire.”

He reportedly told the woman he wanted attacked he planned to “enslave, rape, and use you like a baby-making machine. Once I’m finished with you I might just get rid of you like a piece of trash.”

Lin, Sayoc, and Hassan are far from the only ones taking their marching orders from Trump.

Two weeks ago, Curt James Brockway admitted he was acting on Trump’s encouragement after being charged with a felony for assaulting a 13-year-old boy after the boy failed to remove his hat during the National Anthem.

According to The Missoulian, the incident occurred August 3 at the Mineral County Fair in Montana, and Brockway, a U.S. Army veteran, convicted in 2010 for assault with a weapon for which he received a 10-year suspended sentence, “choke-slammed a 13-year-old, fracturing his skull.”

"His commander in chief is telling people that if they [NFL players] kneel, they should be fired, or if they burn a flag, they should be punished. He certainly didn't understand it was a crime."

The boy Brockway attacked suffered a concussion and fractured skull.

READ: "Montana Man Admits Trump Inspired His Attack on a Teen Who Refused to Remove His Hat"

As a recent piece in Politicusua states:

"Trump and the Republican Party can’t deny it or hide anymore. They are encouraging and emboldening racists to take violent action to kill minorities. The El Paso shooter was directly inspired by Trump. With his racist rhetoric on immigration that began by calling Mexicans rapists and became the policy of putting migrant kids in cages as president, Trump has sent the signal through both word and deed to his white supremacist supporters that the president supports and encourages their violence.

"Donald Trump is the person who claimed that America is being invaded by immigrants. The racist attacks are a daily feature of his presidency."

Trump is the Republican party.

The Republican Party is Trump.