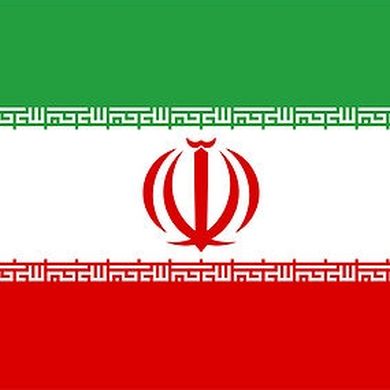 James Madison became our country’s first wartime president during The War of 1812, setting a precedent where no incumbent president has ever lost re-election during a time of war.

In 1846, President James Polk asked Congress to declare war on Mexico because, as he stated at a private Cabinet meeting, he wished ''to acquire for the United States--California, New Mexico and perhaps some other of the northern provinces of Mexico.''

In 1898, a mysterious massive explosion sank the battleship USS Maine in Cuba’s Havana harbor, killing 260 of the 400 American crew members aboard, thus kicking off the Spanish-American War.

President Lyndon Johnson's administration used this "attack" as justification for ramping up military activity in Vietnam.

Ronald Reagan authorized the invasion of the tiny island of Granada.

“One of the keys to being seen as a great leader is to be seen as a commander-in-chief…My father had all this political capital built up when he drove the Iraqis out of Kuwait and he wasted it…If I have a chance to invade…if I had that much capital, I’m not going to waste it. I’m going to get everything passed that I want to get passed and I’m going to have a successful presidency.”

“Suddenly, he’s at 91 percent in the polls, and he’d barely crawled out of the bunker.”

Two years later the United States invaded Iraq, a country that had no hand in the fateful attacks, and posed no existential threat to our nation’s sovereignty. After being re-elected in 2004, Bush stood before the American people talking about earning some “political capital” he intended to use. That “political capital” was privatization of Social Security and other Republican agenda items.

Well, here we are again.

Last week, Secretary of State Mike Pompeo pronounced Iran was responsible for the alleged limpet mine attack on two oil tankers earlier that day in the Gulf of Oman, showing grainy video supposedly featuring members of Iran’s Revolutionary Guard removing an unexploded mine from one of the tanker's side.

This was the only "evidence" he provided, and he fielded no questions.

Iran denied any involvement and accused the U.S. of trying to sabotage diplomacy.

John Bolton's disdain and craven desire for a war in the Middle East is no secret, and provoking Iran into firing the first shot is not inconceivable.

In May, Mother Jones reported:

"Tensions between Iran and the United States have been high for weeks, beginning with a menacing video Bolton released in February targeting the Iranian supreme leader and reached a boil last week when, according to the New York Times, he ordered the Pentagon to prepare to send as many as 120,000 troops to the Middle East to counter Iran."

Bolton has argued for regime change in Iran for decades.

But here's what makes last Thursday's "attack" so suspicious.

Grainy video notwithstanding, the president of Kokuka Courageous, the Japanese company that owns the ship from which the supposed mine was removed, stated it was not a mine attached to the ship but two flying objects that caused the explosion.

He doesn’t believe any objects were attached to the ship.

According to multiple news accounts, the Iranians helped rescue the tankers' crew members from the tankers.

Japanese prime minister Shinzo Abe was in Iran at the time--the first Japanese leader to visit there in 41 years--attempting to get Iran and the United States to negotiate after we reneged on the 2015 Iran Nuclear Deal.

“Sounds like some are afraid Japan may succeed in starting diplomacy. The message appears to be: Don’t you dare stand in the way of my war plans.”

"Shinzo Abe said that the Iranian nuclear deal is a factor of stability for West Asia. You know, this goes directly opposed to the Trump administration’s view. And what’s very important here is we’re not talking about a country that’s far from the American orbit. This is Japan, a reliable ally of the United States, which is not only reliant upon Iranian oil but understands that the warmongering in West Asia is going to be very bad, not only for Eurasia, but for the world."

In an MSNBC interview on Saturday, Former State Department spokesman Marie Harf stated Donald Trump’s rhetoric toward Iran in recent weeks is similar to what the Bush administration told us in the run-up to the Iraq war.

"They’re cherry-picking intelligence, they’re upping what they consider to be the threat. And, look, there is a real threat. I don’t want to downplay that. But what worries me the most is that something like this happens, or the Iranians do something else that is a provocation and we get locked in this cycle of escalation where John Bolton–-don’t forget John Bolton is still there-–Mike Pompeo push President Trump so he feels like he can’t back down and then we’re in this cycle of escalation that, quite frankly, could end very badly. There is no reason to go war with Iran today. We can counter them in many, many other ways. The Trump administration doesn’t seem to have a strategy to do that and that is scary to me."

So if Iran isn't responsible for the tankers' attack, who is, and why?

The Kingdom of Saudi Arabia is a good bet.

On Saturday, Saudi Crown Prince Mohammed bin Salman called on the international community to take a “decisive stand” against Iran.

It is no secret Saudi Arabia, a majority Sunni Muslim nation, and Shi'ite Iran are rancorous rivals and the Saudi regime would love little more than for the U.S. military to wage war on its behalf.

Saudi Arabia, the world's biggest oil exporter, and the UAE have asserted attacks on oil assets in the Gulf pose a risk to global oil supplies and regional security, and crude oil prices spiked 4% after Thursday's attacks near the entrance to the Strait of Hormuz, a crucial arterial for Saudi Arabia and other Gulf countries.

Pompeo and Bolton want a war so badly, especially with Iran, that Trump may not even realize he is being played.

But before we feel sorry for Little Donny, we mustn't discount that starting a war, similar to his aforementioned predecessors, is what Donald Trump likely believes presidents do to get re-elected.

He indicated as much when tweeted nearly a dozen times between 2011 and 2012 his prediction that former President Barack Obama was going to start a war with Iran ahead of his 2012 election against Mitt Romney:

"As tensions between the U.S. and Iran soar due to White House warmongering, some have expressed concern that—with the 2020 election 17 months away—Trump is planning to deploy the reelection strategy he repeatedly warned about less than a decade ago."

"Why go hard after Iran right now? Does Iran or one of its proxies in the Middle East pose a real threat to American interests? Or, perhaps, the real reason is that next year is an election year? Sending an aircraft carrier group to threaten retaliation against any Iranian-sponsored aggression, real or imagined, is no slam-dunk foreign policy decision. Rather, it is a cynical re-election ploy with no regard for cost in American blood. Shame!"

So much for the promise of keeping the U.S. out of foreign wars.

It has to do with Trump’s re-election.