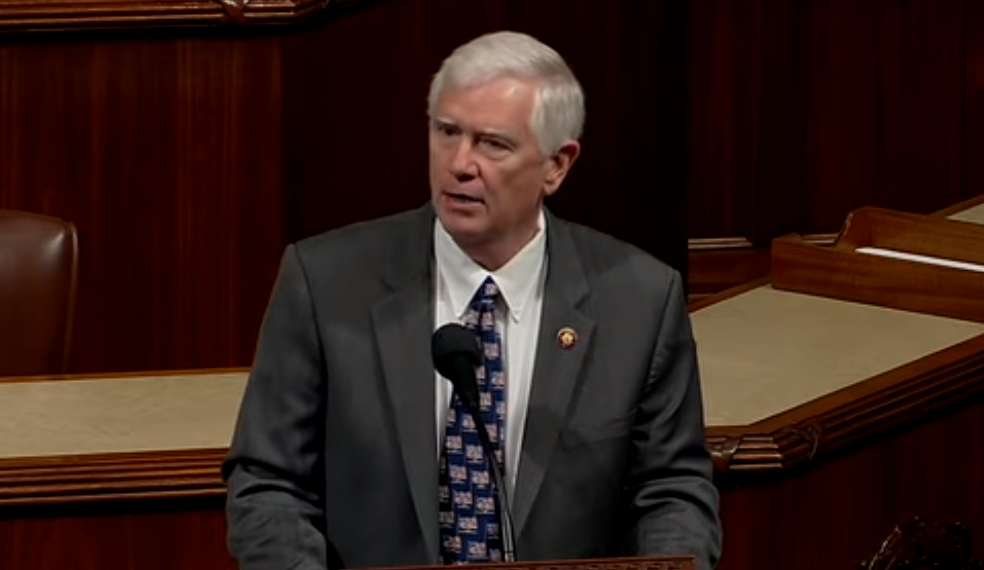 We’ve got to hand it to Republicans.

Their policies may be odious, destructive, misogynistic, and at times flat-out racist.

But they are masters at projection.

And I’m not talking about their voices.

By “projection,” I refer to the psychological term of attributing one's ideas, feelings, and/or attitudes to others.

Republicans have this down to a science.

“A ‘big lie’ is a political propaganda technique made famous by Germany’s National Socialist German Workers’ Party, but more on that later. For more than two years, socialist Democrats and their fake news allies…have perpetrated the biggest political lie, con, scam, and fraud in American history. Attorney General Barr’s executive summary of Mueller’s report has publicly confirmed what many of us have known for a long time: The accusations of collusion between President Trump and Russia in the 2016 elections are nothing but a big lie…

“The Mueller report vindicates President Trump and his 2016 campaign from the socialist, baseless, reckless, and false big lie charges of Russian collusion. Socialist Democrats and their fake news media allies were shameless, shameless in their big lie scam that has inspired hatred against President Trump and violence against Americans who support America’s foundational principles. If socialists in the fake news media had any honor, they would cleanse their souls and atone for their sins. … More likely, however, they will double down and propagate even more big lies because doubling down is essential to big lie theory. In that vein, I quote from another socialist who mastered big lie propaganda to a maximum, and deadly, effect:

“‘In the big lie, there is always a certain force of credibility; because the broad masses of a nation are always more easily corrupted in the deeper strata of their emotional nature than consciously or voluntarily; and thus in the primitive simplicity of their minds they more readily fall victims to the big lie than the small lie.’

“Who is this big lie master? That quote was in 1925 by a member of Germany’s National Socialist German Workers’ Party—that’s right, Germany’s socialist party—more commonly known as the Nazis. The author was socialist Adolf Hitler, in his book Mein Kampf. Mr. Speaker, America can either learn from history or be doomed to repeat it. When it comes to big lie political propaganda in America, as the Mueller report confirms, America’s socialists and their fake news media allies are experts and have no peers. Regardless, America must reject their big lies or succumb to the danger that lurks, and horrific damage that results.”

What makes this so disturbing is not so much that Brooks quoted the most hated individual in modern history, but that he is himself engaging in the “big lie” he is projecting upon Democrats.

Adolf Hitler was not a socialist.

He was a fascist.

There is a distinct difference.

Yes, the Nazi party was called the National Socialist German Workers’ Party, but it was anything but “socialist.”

People were warmly familiar with socialism. Hitler’s appropriating the term was the first of myriad deceptions.

Brooks’ stunt was nothing more than another lame attempt at demonizing Democrats.

Check out this documentary about a family member being brainwashed by Republican bullshit!

Get your free 30-day trial today!

Using Hitler to do that is unprofessional and crosses a serious line.

Keep in mind, it is Brooks who used audio of the attempted murder of congressional representatives at a softball game in a political advertisement.

At least half the Republican party believes diversity is a weakness.

Brooks has a history of xenophobic and bellicose rhetoric.

That’s why the RepubliCONS love him.