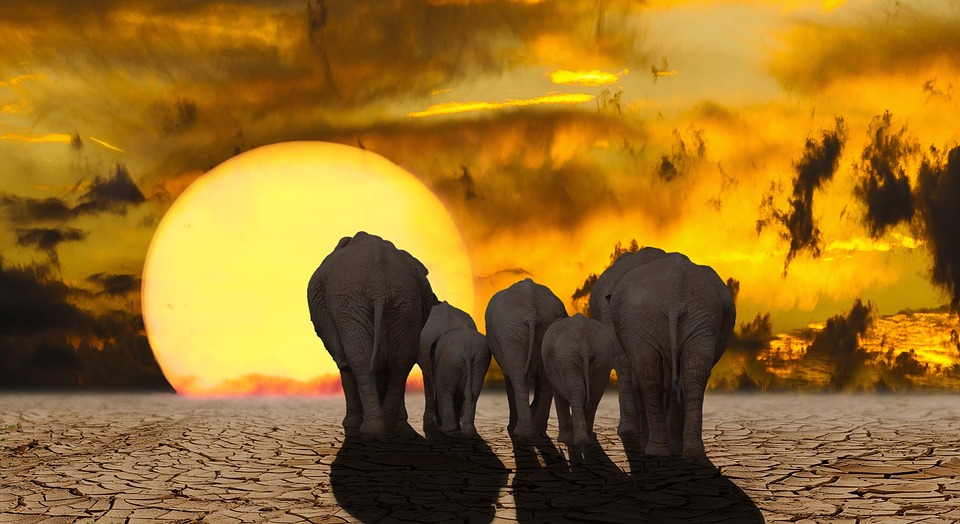 That latter is already underway and putting society at extreme risk, according to a recent 1,800-page United Nations (UN) global assessment Intergovernmental Science-Policy Platform on Biodiversity and Ecosystem Services (IBPES) report more than 450 scientists and diplomats took over three years to compile from 15,000 academic studies and reports.

The accelerating decline of Earth’s natural life-support systems has made everything endangered species--including human beings.

According to the report, nature is being obliterated tens to hundreds of times higher than the average over the past 10 million years.

16 to 33% of all warm-water coral reefs are suffering bleaching; rainforests are devolving into savannahs; wild mammal biomass has declined 82%; natural ecosystems' have lost about half their area; and a million species are at risk of extinction, most alarmingly at least one in 10 insects and two in five amphibian species.

“The health of the ecosystems on which we and other species depend is deteriorating more rapidly than ever. We are eroding the very foundations of economies, livelihoods, food security, health and quality of life worldwide. We have lost time. We must act now.”

Dr. Kate Brauman, from the University of Minnesota, a coordinating lead author, added:

"We have documented a really unprecedented decline in biodiversity and nature; this is completely different than anything we've seen in human history in terms of the rate of decline and the scale of the threat. When we laid it all out together I was just shocked to see how extreme the declines are in terms of species and in terms of the contributions that nature is providing to people."

Humans' damage to the planet is due to an explosion in population (doubled since 1970), staggering economic growth, and global trade that has led to the destruction of forests, particularly in tropical areas.

Between 1980 and 2000, 100 million tropical forest hectares disappeared, mainly due to cattle ranching in South America and palm oil plantation farming in Southeast Asia.

Our urban areas have also doubled since 1992.

Plastic pollution has increased ten times since 1980, and each year we dump 300-400 million metric tons of heavy metals, solvents, toxic sludge, and other waste into our oceans, rivers, lakes, and streams.

And speaking of water, 33% of fish stocks were harvested at unsustainable levels in 2015, compounded by evidence that our appetites for fish and meat are growing.

"Land use now appears as the major driver of the biodiversity collapse, with 70% of agriculture related to meat production. It is time to reconsider the share of industrial meat and dairy in our diet."

In most animal and plant groups studied, approximately 25% of species are already facing extinction.

On average, natural ecosystems have declined by 47%.

Wild mammal biomass has dropped by 82%.

What can we do?

Andrew Norton, director of the International Institute for Environment and Development, answered:

"Crucially, governments must end the destructive subsidies, including for fossil fuels and industrial fishing and agriculture. These drive the plundering of the land and ocean at the expense of a clean, healthy and diverse environment on which billions of women, children and men depend now and in the future."

"We need to secure half of the planet by 2050 with an interim target of 30% by 2030. Then we must restore nature and drive innovation. Only then will we leave future generations a healthy and sustainable planet."

“Frankly, we’ve delivered a message to the governments. It’s now their responsibility…to decide whether they can act on it. What we’ve done is said what the world needs to do…Limiting warming to 1.5C is possible within the laws of chemistry and physics but doing so would require unprecedented changes.”

According to Michael Mann, esteemed Pennsylvania State University professor and director of the Earth Science Systems Science Center, the IPCC’s assessment is actually conservative, underestimating the amount of warming that has already occurred.

We actually have less carbon left to burn if we wish to avoid the 1.5 degree Celsius threshold the October IPCC report cites.

“If you look, for example, at the Northern Hemisphere, which is where most of us live, and you ask the question when do we cross the 2 degree warming- 2 degree Celsius warming- threshold for the Northern Hemisphere if we continue with business as usual burning of fossil fuels? I showed in an article several years ago in Scientific American we crossed that threshold before 2040, in the late 2030s. So we are on the way, on our way to blowing past the 1.5 degree Celsius mark and crossing the 2 degrees Celsius threshold in a matter of, you know, depending on how you define it, it really doesn’t matter. Is it two decades, is it three decades, it hardly matters. In order to avoid crossing those thresholds we need to bring our emissions down dramatically. Arguably more dramatically than implied in this latest IPCC report.”

How many more tipping points must we pass before it's too late?

If we fail to enact the immediate, radical action necessary to prevent the atmosphere from warming more than 1.5 degrees Celsius–-2.7 degrees Fahrenheit-–over preindustrial levels, further effects are, according to Michael Oppenheimer, a climate scientist at Princeton University, “indescribable.”

“It would turn the world upside down in terms of its climate. There would be nothing like it in the history of civilization.”

“The Midwest alone, which is predicted to have the largest increase in extreme temperature, will see an additional 2,000 premature deaths per year by 2090.”

Zika virus, dengue fever, chikungunya, and West Nile cases are expected to more than double by 2050.

We need to take the fossil fuel industry head-on.

It only means the future of our planet, our children, grandchildren, and beyond.