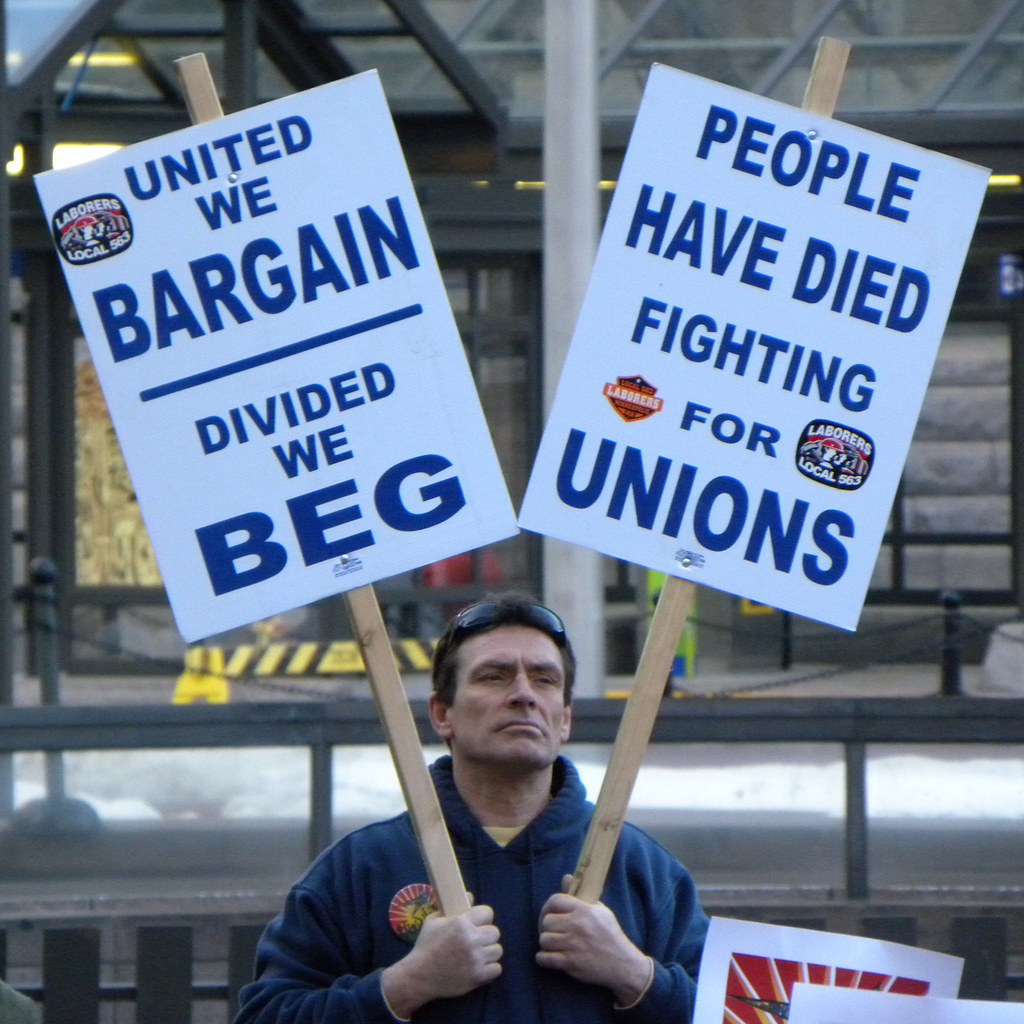 The war on unions continues full steam ahead.

After the United Auto Workers (UAW) filed for an election earlier this month, Volkswagen's Chattanooga, Tennessee plant employees were forced on Monday to attend an anti-union meeting with Governor Bill Lee.

During the speech, Gov. Lee attempted to assuage the desire for collective bargaining rights by stating:

“I do believe, based on my personal experience of working with hundreds of skilled trades people over 35 years of working, that every workplace has challenges. There are things in your workplace that you wish were different. I also believe...that when I have a direct relationship with you, the worker, and you’re working for me, that is when the environment works the best.”

The divided audience clapped and booed.

Part of what the governor said had to do with support for skilled trades and the need for vocational education in public education, stating:

“You’re exactly the kinds of skilled folks that we need to have more of all across the state."

Alluding to his anti-union predecessor, Bill Haslam, who threatened to nix tax incentive negotiations intended to expand the plant if a union was approved, Lee added:

"I have the privilege now of talking to companies, interviewing them and asking them to come to Tennessee just like at some point someone did that with Volkswagen. A governor did that with Volkswagen. There are new companies that all of us would benefit from if they come here because they would bring more high-paying jobs that would elevate the economic activity of our state.”

“We are very fortunate to be in a state that has low debt, that has pay-as-you-go, that has low-income taxes, that has the work environment that we have in this state.”

Then someone from the crowd shouted:

The UAW has lost two-thirds of its membership over the past four decades, one of several casualties of former president Reagan's assault on collective bargaining.

Learn the origins of the United Auto Workers and get Bob Morris' Built in Detroit!

Today the United States has the lowest rate of union membership in history.

The U.S. Supreme Court's ruling in favor of the plaintiff in the landmark Janus v. American Federation of State, County, and Municipal Employees (AFSCME) case last summer did not help.

Janus challenged public sector unions’ ability to collect fair share, or “agency,” fees--dues-- from employees who receive representation and bargaining services unions are required to provide, (fees that are reduced fees for workers who opt out of union membership but still get the benefits from unions.)

Since the Court decided to strip bargaining power from America’s workers, undermining their ability to unify around better wages, benefits, workplace protections and standards for working families, it has basically turned the entire workforce into a “right-to-work-for less” sector, fulfilling a dream Republicans and right-wing groups have shared for decades.

There are legions of shadow billionaires who have created or contribute to front groups out to eliminate unions’ presence, such as the State Policy Network (SPN); the DeVos family's Mackinac Center for Public Policy; libertarian billionaires Charles and David Koch–-the notorious Koch brothers'--Freedom Foundation;” Robert, Rebekah, and Diana Mercer's Reclaim New York; New Choice NY; and the Empire Center for Public Policy.

They are by no means all.

Learn more about the AFSCME below!

Unions’ collective bargaining agreements–contracts–help protect employees from unjustified dismissal, unlike many nonunion “at-will” workers who can be fired at supervisors’ discretion.

This is precisely why so many deep-pocketed entities want to destroy them.

[Featured image "Rally to Save the American Dream' by Fibonacci Blue via Flickr, CC BY 2.0]