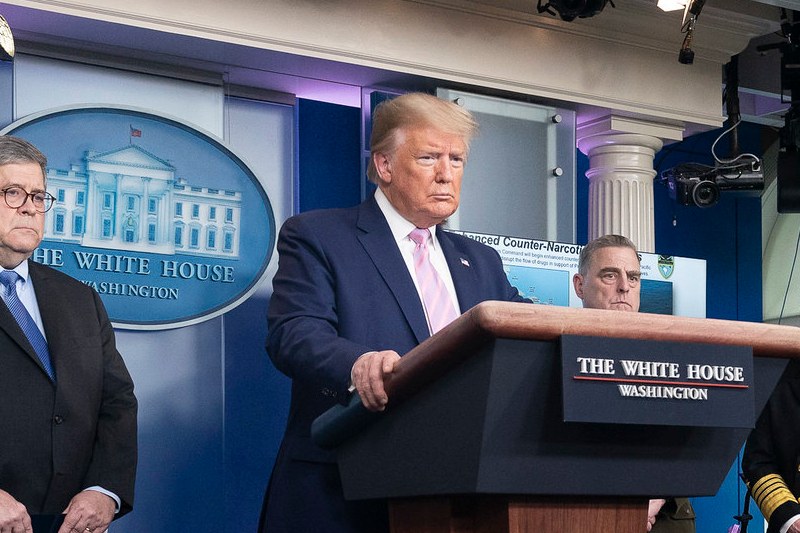 While the Coronavirus death toll in the United States surpasses 7,000, President Trump continues to seize up the distribution of Personal Protective Equipment that is meant to save lives. Now it's with the company 3M who manufacture much needed N95 respirators for the US but are also exporting them to Canada and countries in Latin America who are also dealing with the Coronavirus pandemic.

The head of Florida's Division of Emergency Management, Jared Moskowitz said in an interview on pro-Trump propaganda outlet Fox News that 3M refused to send him essential equipment while they were sending face masks to foreign countries. He said that the company "decided to make a globalist decision and not put America first." Moskowitz described that distribution as "criminal" and called for an investigation. He also claimed that he offered to pay more for the masks but that he was denied.

READ: "TRUMP QUARANTINE LOCKDOWN HAS LITTLE TO DO WITH CORONAVIRUS"

"We've had some issues making sure that all of the production that 3M does around the world, enough of it is coming back here to the right places."

3M and its employees have gone above and beyond to manufacture as many N95 respirators as possible for the U.S. market. In addition, ceasing all export of respirators produced in the United States would likely cause other countries to retaliate and do the same, as some have already done. If that were to occur, the net number of respirators being made available to the United States would actually decrease. that is the opposite of what we and the Administration, on behalf of the American people, both seek."

It goes without saying that Trump's incompetence during the Coronavirus pandemic has been disastrous and he's only making it worst by banning the export of those products.