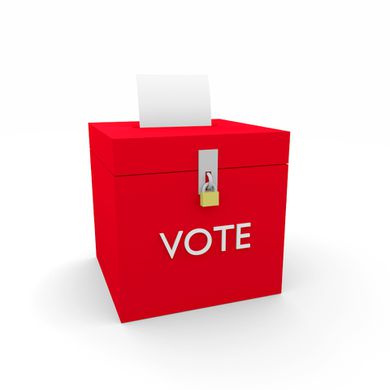 Last month, an audience member at a CNN presidential candidate town hall asked Sen. Bernie Sanders if he supports "enfranchising [with the right to vote] people like the Boston Marathon bomber, a convicted terrorist and murderer."

Sen. Sanders responded an unequivocal, "The right to vote is inherent to our democracy. Yes, even for terrible people."

This, of course, has sparked considerable debate and controversy.

What do we expect from a corporate media working overtime to knock Bernie out of the race?

When other candidates were asked the same question, theirs were more media acceptable.

"We should have that conversation."

But Sen. Sanders is right.

All felons--even those currently locked up for sexual assault, murder, etc.--should retain their right to vote. To propose otherwise is handing the Republican party another victory on their crusade against free and fair elections.

First, voting ought to be an "opt-in," not an "opt-out" process.

Fifteen states and Washington, D.C. have approved automatic voter registration wherein, according to the Brennen Center for Justice:

"Eligible citizens who interact with government agencies are registered to vote or have their existing registration information updated, unless they affirmatively decline."

It does not compel a citizen to vote; that remains his or her choice.

But it facilitates voting vis-a-vis eliminating the registration paperwork, which has the potential to send the message a voter is doing the state a favor by accepting the privilege he or she has been generously granted.

Except voting is not a privilege in the way obtaining a driver's license is.

Having a system in place where citizens are already registered to vote unless they opt out conveys the understanding the state is facilitating voters' obligation at the ballot box.

Simply put, expect people to do something that's optional, many will opt not to.

New York, for example, one of the "blue states," requires voters be registered in one of the two big-tent parties a full six months before being considered eligible to vote in closed primaries.

Only the ardent are bound dedicate the time to register in time or switch parties.

That's the situation in which many more municipalities find themselves.

These aren't people simply choosing to stay home on election day as 46% did for the 2016 presidential election.

These are people showing up to the polls being turned away for such spurious excuses as "not being registered" despite being registered, "moving," or simply having an ethnic-sounding name.

Republicans know their policies are odious to everyone but the wealthy and corporations, and permitting more people to provide evidence of that at the polls would prove electorally disastrous.

They come up with all sorts of obstacles designed to frustrate, underestimate, undervalue, and marginalize mostly minority voters.

Disqualifying felons is handing Republicans exactly what they want: fewer votes for potential Democrats who actually stand for policies that benefit minorities, the oppressed, and the middle class.

Just consider what right-wing Heritage Foundation and Moral Majority founder Paul Weyrich had to say about it back in 1980, just before former president Ronald Reagan proclaimed in his first inaugural address "Government is not the solution to our problem; government is the problem."

Anything that reeks of Democracy is anathema to the Republican ideology unless it serves the "free market."

We are free to get sick and die.

We are free to spend our lives in debt.

We are free to choke on tainted air and water.

Why would we want to choose our leaders when the party elite can do it for us, and are more than happy to?

Another point to consider is the fact that felons are still citizens.

No one loses her or his citizenship upon conviction.

Felons are still expected to file their taxes.

They are counted in the census every decade.

They are expected to re-integrate into society upon release.

Elected officials' decisions affect them as much as the rest of us--if not more since someone is less likely to be hired for employment once released from prison.

Felons--ex or current--have more of a stake in proponents of progressive criminal justice reform.

Cutting off their voice is un-American.