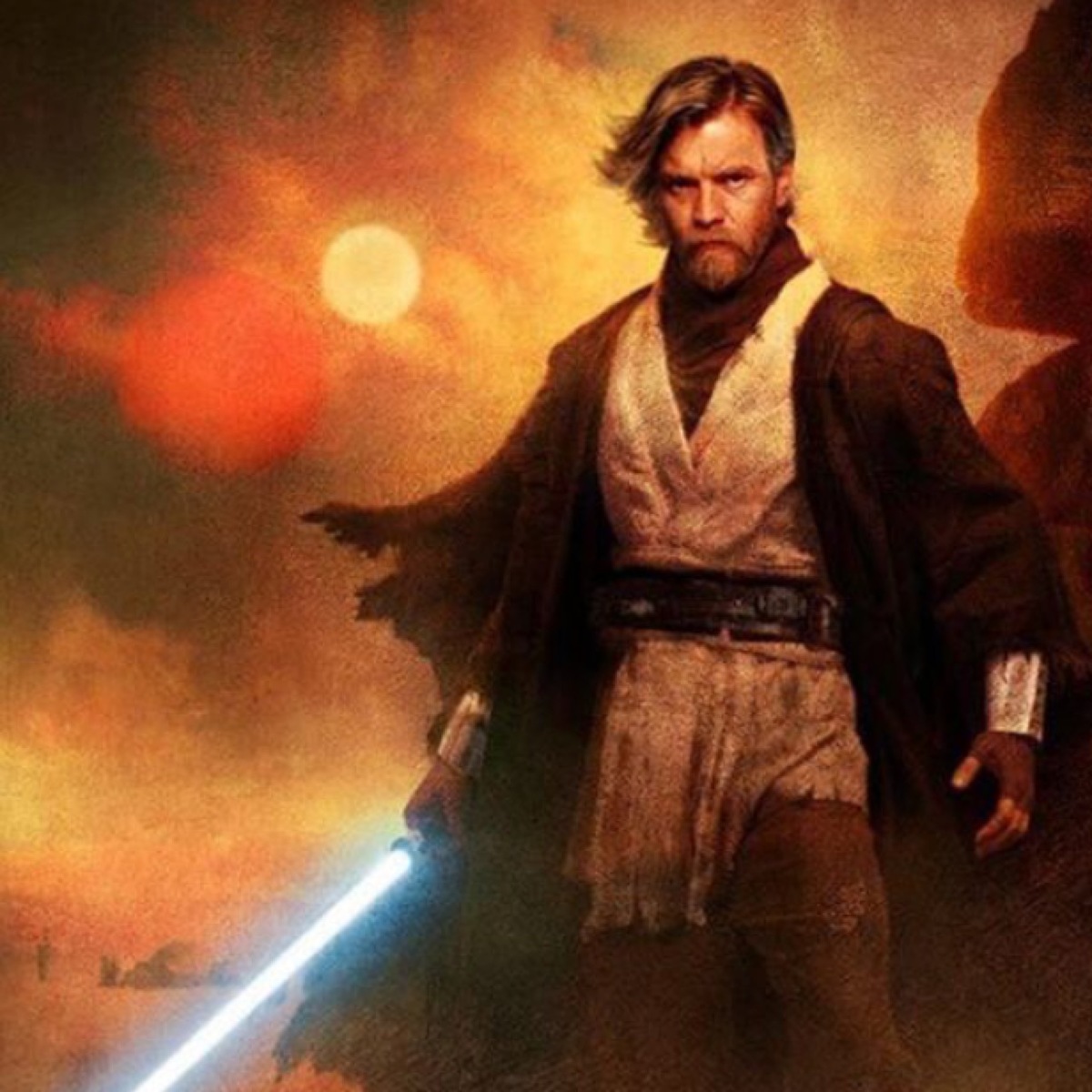 On my way home from work, I saw that IMDB had posted a trailer for the new upcoming Obi-Wan Kenobi series. The great thing about this is that it takes IMDB to post it to verify that it isn't some fan fake-out. Had to watch it, had to share it out. My dad was among the few who witnessed the phenomena that is Star Wars in the late '70s so that nerd out is in my genes. He hasn't had the time to access the streaming services to watch some of these things so he hasn't caught up on the Mandalorian or even The Book of Boba Fett but of course, not unlike Robocop, I have to re-adjust his aim at the Gerber bottles. He's excited about this new series though!

Here are the reaction channels I watched for this trailer.

These guys love what they do. Around 9:28, Jay and Adam reflect on how great what they do is. But let's talk about their reaction to the new Obi-Wan Kenobi trailer. They are hyped about it and also, hyped about both Mandalorian and The Book of Boba Fett series, which has been getting a lot of hate. I can't understand the hate that that show has gotten, where you're lucky to get anything at all. These guys have the best reactions to these things where they even get emotional during them. I believe they're totally genuine in their reactions and it just adds to the energy for the anticipation for these shows.

Get ready for the series with this poster!

Wow! Just out of the gate, Alanah shits all over these shows by saying she didn't like The Book of Boba Fett. But as soon as the Obi-Wan trailer starts, she already doesn't like the desert look and even says the CGI is bad? But it doesn't take long before she admits that "they got her." She keeps going on about the issues she has with the trailer. She says that "everything looks so empty to her" which she says is the same problem she has with Boba Fett's series. She feels like they're faking her out with the extras. This girl is jaded for sure. Don't know why she's so invested in not liking some of these shows. But she also says that Bob Fett looks cheap because they must have spent more money on the Obi-Wan series. It's Disney! Why would not have enough money for one show to give to another? Given, Robert Rodriquez is good at being resourceful with a budget. Until she learns that it's wasted energy to shit all over a show. She feels that it's better for her to be hesitant about a show so that she won't be disappointed. She says finally that "this trailer doesn't convince me that the show isn't going to be good. JADED!

Must be a member to comment on this article. Register here for an account for 30-days free! Your support keeps this site going!

In a way, these guys tend to feel a bit like Alanah with the desert look. They don't want it all to take place on Tatooine. They want to see Obi-Wan in other settings. Of course, we'll have to wait where they want to take us when they tell this story. I only started watching their channel for some movie reactions so, there's some interest in how they react to this. They're definitely excited!

The great thing about Tyrone Magnus is that he doesn't waste any time getting to the reaction. A bit of a disappointment that in watching this trailer, he mutes out the sound on the video throughout the entire Duel of the Fates track and in the process, ends up muting the sound of his reaction as well. One of the great things about his videos is the joy of his reactions but he tends to come back from it with his commentary in the end. Then he says during that commentary that he's a little concerned with certain elements in it. Again, don't know what the deal is with some of these reactions where they're concerned. I can't wrap my head around why people want to invest their energy into looking for problems or reasons to hate on these shows.

We can't leave these guys out. They're stoked about the trailer and also, much like the other reactions channels, they bring up the Inquisitors showing up in the trailer. Sounds like they might have had some problems with what they saw as well where they feel that using Duel of the Fates was cheating somehow. They're as curious about the show as everyone should be and don't have anything bad to say about it. These guys have great reactions to The Mandalorian and Boba Fett series.