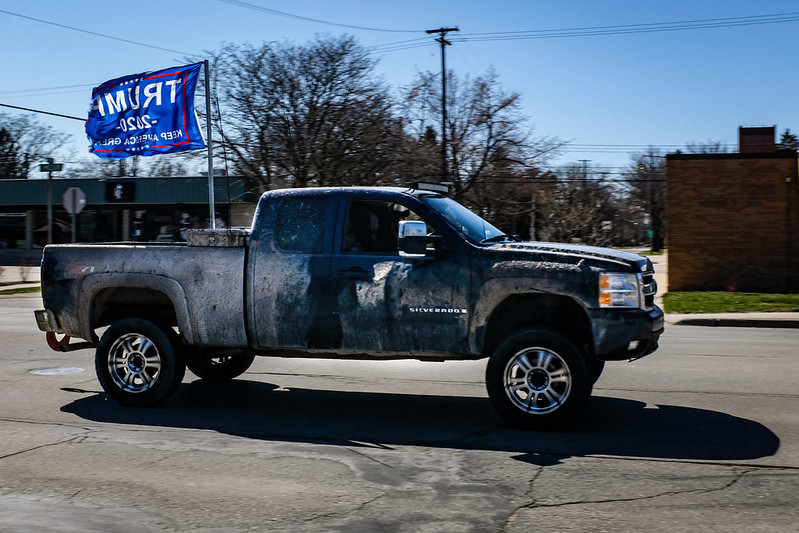 Thanks to President Trump encouraging his loyal supporters to sabotage the democratic process, we've had the theft of 20 ballots which were recently found.

And then we have a case where a likely Trump-loyalist spokesman for the U.S. Postal Service was unaware of any significant delays or issues in regards to reports that thousands and requested ballots lost were lost.

Quoting the article by Triblive:

"Nearly 40,000 registered voters in the county requested mail ballots. So far, only 24% of them have been returned to the county, by far the lowest rate among the state’s 67 counties. The county with the next-lowest return rate, Fayette, has received 50% of requested ballots."

The United States Postal Service spokesperson referred to in the article, David Partenheimer was the spokesperson long before Trump entered office.

We've already seen however, Trump fire many government employees who were there before his administration for disloyalty to him.

It's therefore reasonable to assume that Partenheimer would want to keep his job by siding with whatever Trump says.

She was set to retire in January but the administration delayed her retirement to replace her with Louis DeJoy who is a Trump loyalist and the mail service has deteriorated significantly since his appointment.

It's also not surprising that the Trump-infected postal service intentionally missed the court-ordered deadline to recover missing ballots and pushing such deadlines is one of his administration's tactics in other cases in order to stress the court system and drag out cases.

Then there are reports of Republicans attempting to make it more difficult for people to get provisional ballots.

Texas Republicans also tried to have 127,000 drive-thru ballots tossed which was thankfully defeated by the court.

When you add these up, there are significantly a large number of ballots lost that could have made a difference in the election, securing an advantage to Trump.

Even worse is that the votes of many people being 20 to thousands don't seem to matter to this administration and his followers.

Thus, it would appear that his efforts to commit every type of voter fraud has actually worked.

["Backwards [Explored]" by dangaken is licensed under CC BY 2.0]